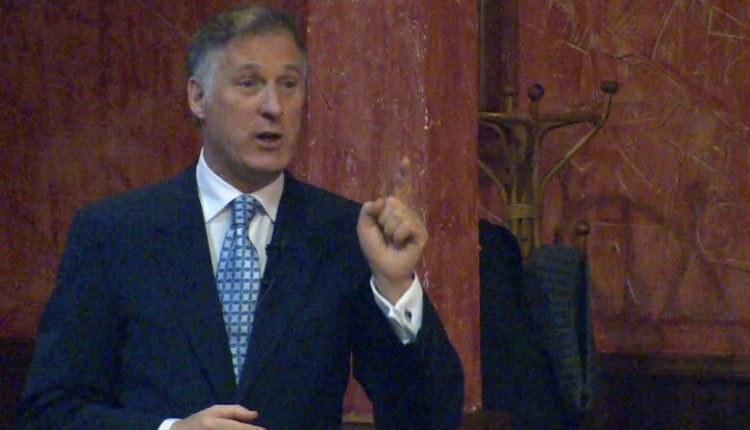 Conservative leadership candidate Maxime Bernier promised lower taxes and no corporate subsidies – including for the auto sector – during a breakfast visit to Windsor Monday morning.

The Quebec politician and former Minister of Foreign Affairs, hosted about 100 people at the Lumberjack Restaurant on Howard Avenue and took questions about taxes, immigration and abortion.

Bernier described the four branches of his platform as “individual freedom, personal responsibility, respect and fairness.”

Maxime Bernier spoke at a campaign event held in Windsor on Monday morning, as part of his bid to lead the Conservative Party of Canada. (Rob Heydari/CBC)

As a politician who has publicly opposed subsidies for Quebec businesses, such as Bombardier, Bernier said he couldn’t support similar funds for the auto industry.

Bernier on subsidies for the auto industry: “I said no to Bombardier so I’d have to say no.” Pushes for tax reform.

He promised to leave more money in Canadian’s pockets and called for a flat tax that could eliminate income splitting and increasing personal exemptions for the poor.

“I’m the only one who wants to abolish corporate welfare,” he said.

He also outlined his plan to eliminate supply management in agricultural sectors, saying it would “drastically” lower prices in Canada.

Supply management controls how much product farmers can produce through quotas.

Few Conservative leadership contenders have visited the Windsor-Essex region during this year’s campaign.

While Bernier told reporters he considers it important to visit every corner of the country, there’s a significant political advantage due to the structure of the Conservative Party of Canada’s leadership contest.

“For the Conservatives… every riding has equal weight,” said Lydia Miljan, an associate professor of political science at the University of Windsor. 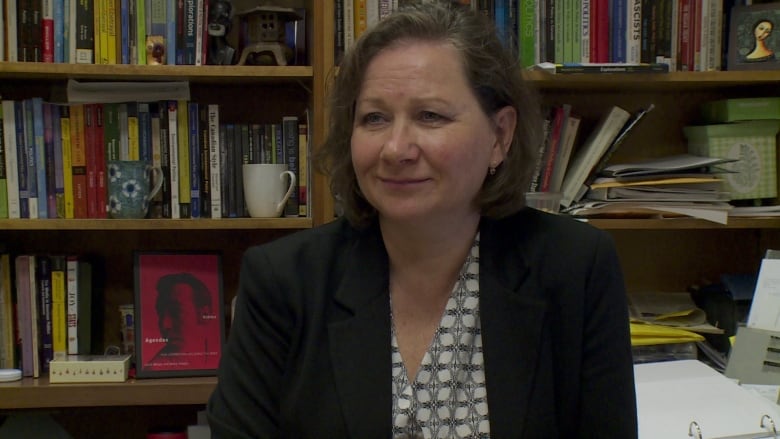 Lydia, Miljan, a political scientist at the University of Windsor, says because the Conservatives weigh every riding equally in their race, traditionally Liberal or NDP ridings could be a priority in this leadership contest. (Shaun Malley/CBC)

“If you were conservative, [you wouldn’t] traditionally go to a place like Windsor… it’s known as sort of traditional NDP or Liberal seats,” according to Miljan. “[But] essentially the candidates need to court every single riding.”