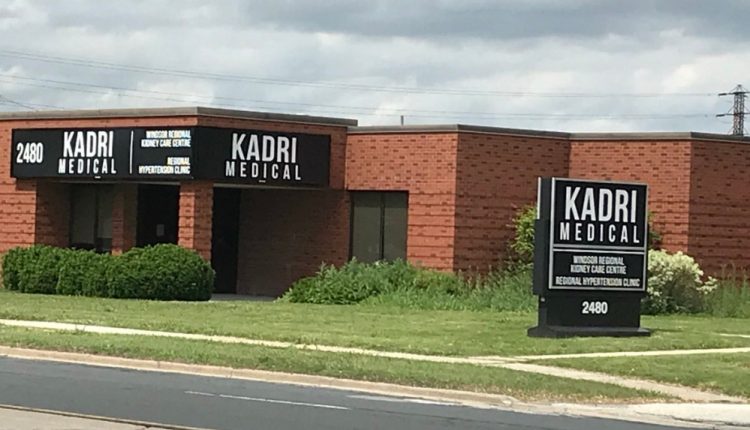 The Ontario Superior Court of Justice agrees Dr. Albert Kadri should not be reinstated, ending a five-year battle.

dr Kadri had his privileges revoked in 2018 by the hospital because he did not follow protocols laid out in the model of care for the nephrology unit.

Nephrology is the study, diagnosis and treatment of kidney diseases.

In a 47-page decision, three justices of the court outlined a detailed overview of Kadri’s actions, which started in 2013, after the two local hospitals realigned.

By 2017, Windsor Regional was looking to change its model of care to “community-based,” against Dr. Kadri’s objections, who wanted to be solely responsible for his patients.

“It was only Dr. Kadri who refused to accept the change,” the judges wrote in their decision.

His privileges were revoked by the hospital in 2018, which he appealed to the Health Profession Appeal and Review Board.

“In excess of 50 witnesses were called, video recordings of patients provided and several thousand pages of documentary evidence received,” according to the court decision.

In July 2021, the board ruled in favor of the hospital writing, “There is no likelihood that he (Dr. Kadri) would comply with the Model of Care for the Renal Program.”

dr Kadri then took his fight to the Ontario Superior Court of Justice.

It heard arguments virtually in May 2022.

“This is not, as counsel for Dr. Albert Kadri would have it, a circumstance where the hospital does nothing other than provide infrastructure so that a physician can carry out his or her practice as he or she decides without regard for the hospital’s broader role and responsibility,” the decision reads. “The system of providing health care is an integrated one, where the hospital, its staff and doctors work together to provide a high quality and hopefully efficient and economically feasible level of care.”

“If a doctor is unable or unwilling to work within and respect the policies and programs properly approved and implemented by the hospital the choice is not to undermine the service being offered. It is to find another way or place to practice.”

The court agreed with the board, and the hospital, to refuse the renewal of Dr. Kadri’s privileges.

CTV News was unable to reach Dr. Kadri for comment as his voicemail box is full at his Windsor office.