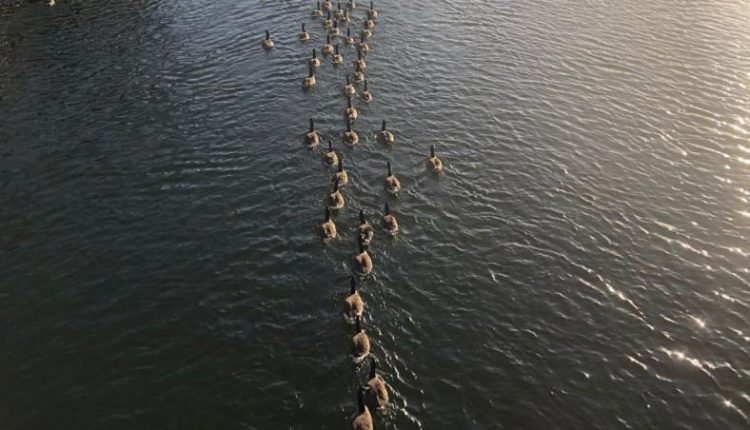 Ducks swim in a line together along Windsor river

AN ARMY of ducks were spotted swimming in a line at Windsor this morning (June 12).

The Observers’ Twitter follower Daren shared his snaps with us showing the formation of ducks along the river in the beautiful sunshine.

Standing on the Eton Walkway, Daren managed to capture the birds swimming away alongside a group of swans.

He said he originally thought they had formed that way because of the Windsor Triathlon but on second thought explained they were maybe “taking on” the swans.

Here’s the moment Daren captured the formation of ducks on video along the river:

You can hear a lot of chatter amongst them, maybe planning on retaking their river back pic.twitter.com/evwgkVo0yf