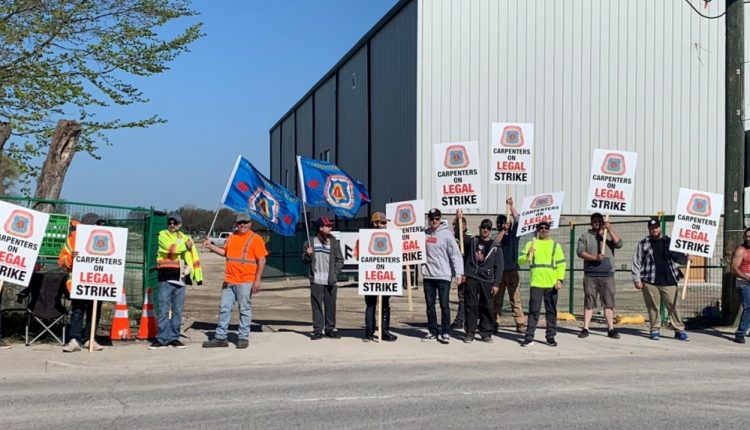 Explainer: Why carpenters in Windsor-Essex-Kent are on strike

Picket lines went up at two construction sites in Windsor Monday, after local members of the United Brotherhood of Carpenters and Joiners of America rejected the employers latest contract offer.

Locally, it means 651 people are now on strike.

“There is nothing on this earth without a carpenter,” Shawn Ramey, president of Local 494, tells CTV News in a phone interview Monday.

Ramey says 90 per cent of the local members who cast a ballot, voted against the contract. Provincially, it was rejected by 75 per cent of the membership, according to Ramey.

“It literally comes down to the rising cost of living and inflation,” says Ramey.

He says his members work at approximately 30 sites across the region, working on industrial, commercial and institutional projects.

The union bargains provincial through Carpenters District Council of Ontario (CDCO). They negotiate with the Construction Labor Relations Association of Ontario (CLRAO).

The Windsor Construction Association declined to comment on the labor disruption.