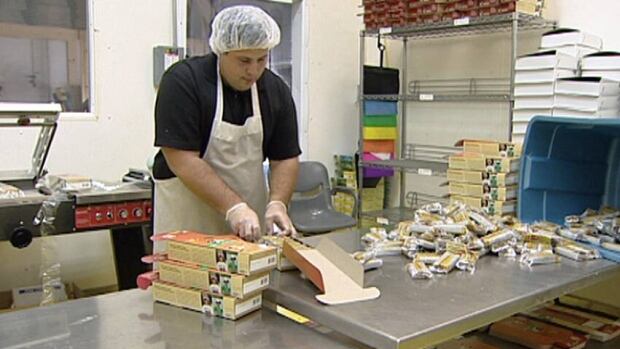 Jobs in Ontario’s auto sector are dipping far below those in the food processing industry, according to a recent report.

Windsor’s auto sector, though, is slightly stronger than the local food and beverage sector, according to Wendy Stark from the Windsor Essex Economic Development Corporation.

“They are probably the top two sectors in our economy,” said Stark. “Both [are] very influential components to the economy.”

Stark doesn’t shoot down the possibility of food processing surpassing the automotive sector in the future.

“I think in the short term, the automotive industry will still be the major industry here, but in the long term, you never know,” said Stark.

Daryl Hudec is vice-president of Daryl’s Hi-NRG Bars. He has witnessed his Windsor-based business boom in recent years.

“A lot of people are being more conscious about what they’re eating,” said Hudec. “Windsor doesn’t seem as health-conscious as other cities in Canada, but we’re starting to get on that trend.”

“Every month, it seems like we get busier, and I think the reason is because everyone is looking for a natural product,” said Hudec.

Hudec said gluten-free bars are next on the list to help those with celiac disease.

“You have to grow with the people. When people want a new product, you have to be there to be able to supply the product or else you won’t make it in this business,” said Hudec.

Daryl’s Hi-NRG Bars recently expanded into the US, and employs 14 people.

Hudec still considers the company a small business, but hopes to exceed $1 million in profits next year.

In 2010, the auto sector had $43.6 billion in revenue in Ontario, while food processing, agriculture products and farming grossed nearly $50 billion.