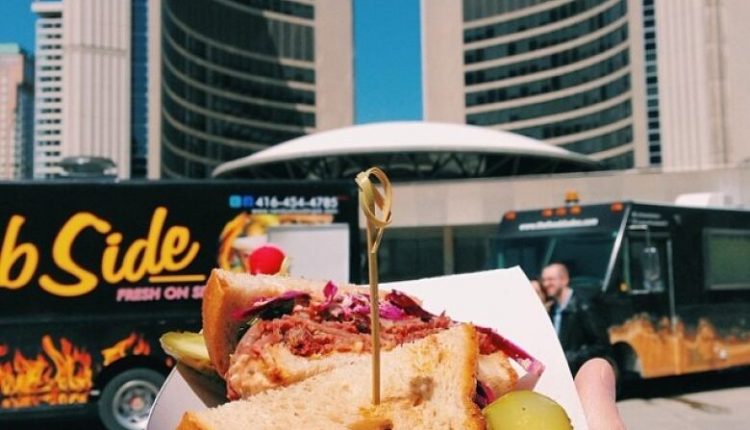 Food truck operators along with those who would like to set one up say the rules in Windsor and Essex are too restrictive, forcing the region to fall behind the times compared to other cities.

“There’s still that stigma attached to it though, that they’re a french fries hut, hot dog vendors, but there’s a lot of people doing some fantastic gourmet foods out of food trucks now,” said Adriano Ciotoli, who’s organizing the rally.

“I think things have just evolved over the last few years and the council hasn’t had a chance to catch up or even look at it more seriously,” he said.

Currently there is just one food truck permit in the city — a chip truck along the riverfront near the Ambassador Bridge.

Many who want to operate a food truck said they feel efforts to get a license are stonewalled at city hall.

The Truckin’ Good Food Rally is scheduled to take place Sept. 26 and 27.

“We’ve not allowed to do any vending in the city without a vendors license and we’re having issues getting a license because in order to have that license you need to have a few things including a site plan, and if you’re mobile, which we are, you’re always moving around, so you’d need a new site plan, and a new license for each location,” he said.

Windsor is not the only city with food truck issues. A food truck rally at Nathan Phillips Square in Toronto brought out six food trucks in front of City Hall, where council was discussing regulating the mobile restaurants. (torontofoodtrucks.ca)

On fireworks night Finley said he set up his truck on Karen St. just west of Janette Ave. He set up on the property of an apartment that had given them permission to sell to people in the building.

“We were approached by bylaw officers before we began service and we were told that if we opened up that we’d be subject to charges and up to a $5,000 fine.”

Finley said instead of closing down, he waited for a good time to open and see what would happen.

“We had proof of insurance, permission to be on the property, border health certificate, propane approval, food handler’s certificate, vehicle safety. We had everything on site that we needed and we felt that we were within the law to operate.”

Finley ended up being fined $100 by the bylaw officers.

Councilor Fulvio Valentinis recognizes there are a lot of regulations food truck operators have to follow in Windsor. count Fulvio Valentinis says the city is open to remodel the bylow that governs over food trucks. ((Sean Henry/CBC))

He said the city is open to crafting a new policy that would make it easier for food tucks to operate in the city.

Valentines​ said the riverfront would be a good area to start, especially since it’s owned by the city and there wouldn’t be competition with any other businesses.

“There are a lot of people frequenting the areas and you hear that all the time, I’d like to get an ice cream, I’d like like to grab a snack whether it’s a pizza, hotdog, sandwich whatever it may be, and I think we should listen to that.”