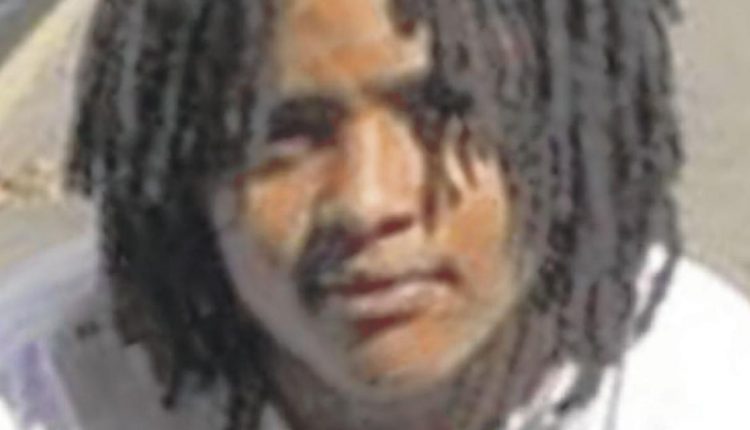 A former Windsor Locks man who committed a string of armed robberies at age 15 – ending when his friend was killed and he was wounded by police gunfire – later was bonded out of jail and committed more robberies at 18, was sentenced Wednesday to 12 years in prison.

Caleb Tisdol, now 20, could have gotten up to 15 years under his plea bargain. He pleaded guilty this spring to seven robberies, an attempted robbery, and drug and gun charges.

Judge Julia DiCocco Dewey imposed the sentence in Middletown Superior Court after a prolonged hearing in which Middlesex State’s Attorney Michael A. Gailor played a YouTube video showing Tisdol dancing in jockey shorts with what appears to be a gun with a barrel light. The video also shows a number of other young men who appear to be heavily armed, although Gailor acknowledged a disclaimer saying the video showed props, rather than real guns.

Still, the prosecutor called the video “a celebration of the culture of guns and violence.”

Gailor played another video, taken by a store surveillance camera, that showed Tisdol pointing what appears to be a gun at a robbery victim on a New Britain street.

Defense lawyer W. Theodore Koch III showed a video of his own. Taken by the dashboard camera in a police cruiser, it showed a small sporty car maneuvering wildly on the lawns and sidewalks of a New Britain residential neighborhood – coming close to hitting police officers on foot – as driver Zoe Dowdell tried to escape the police who had the car largely surrounded.

Moments later, Dowdell, 20, of Bloomfield, who seemed to have found an escape route, was fatally wounded by police gunfire while Tisdol suffered gunshot wounds to both legs, and back-seat passenger Noah Young of Bloomfield suffered minor cuts.

Koch stressed that Tisdol, in the front passenger’s seat, had his hands up.

Young was sentenced Wednesday to five years in prison for a single robbery and gun and drug crime, Gailor said.

Koch devoted much of his sentencing argument to detailing the developments in science and the law over the last two decades that have led to a new understanding of how long it takes adolescents to mature. He said “cognitive control” may not be fully developed until age 22 or 23.

“The science shows that no matter what you do when you’re a teenager, you have the ability to reform, and Caleb is already on the way to that,” the defense lawyer said after court. “He’s a good and sensitive person who’s deeply remorseful.”

Tisdol told the judge before she sentenced him, “I changed a lot of people’s lives in a negative way. All this is not the person I want myself to be. I’ve learned a lot.”

Public defender Laura E. Bryll, who represented Tisdol in just one case, the Jan. 25, 2021 armed robbery of a man outside the East Hartford apartment building where he lived, said Tisdol has voluntarily engaged in numerous therapies, classes, and programs in jail.

Bryll also took the lead in preparing a “mitigation report” that detailed the violence and traumatic events that marred Tisdol’s childhood and his marijuana use starting at age 11, which Koch acknowledged was a “terrible idea.”

After Tisdol is released from prison, he will be on probation for five years, facing up to eight more years behind bars if he violates release conditions that include substance-abuse and mental-health treatment.