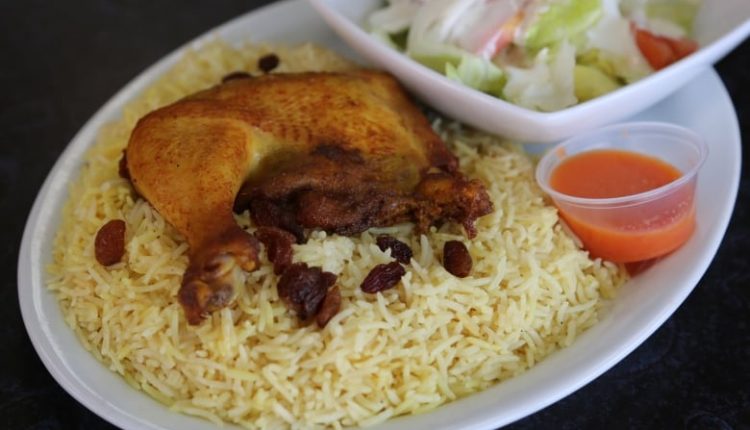 Three years ago, Mouneir Saadeldin and his family purchased a Greek restaurant at the corner of Wyandotte Street W. and Campbell Avenue.

After years running an export business in Windsor, Saadeldin, a telecommunications engineer by trade, was looking for a business that was a little more resistant to the boom and bust cycles that dominate the regional economy.

Things were going well, but he decided that the market for Greek food may be a little saturated.

In 2015, Saadeldin decided to differentiate his restaurants by serving one of his favorite dishes from his time in Saudi Arabia: mandi.

A plate of mandi, served with a salad and “mandi sauce.” (Jonathan Pinto/CBC)

Originally from Yemen, mandi is a simple dish consisting of meat and rice, usually with chicken or lamb as the protein. Traditionally, the food is heated in a pot that is placed in a hole in the ground and covered, allowing it to be smoked. At Mandy, the dish is cooked in a convection oven.

Saadeldin says in many Persian Gulf nations, Mandi is enjoyed both in restaurants and as a camping food. “It’s like five, six times [more popular] than shawarma,” he explained.

Saad, Saadeldin’s son, said the dish was popular in Windsor as soon as it made the menu.

“All he did was put a sign outside — it had the picture of mandi and rice … [with] letters in Arabic and in English as well,” he explained. “Right away, people came rushing through the doors.” 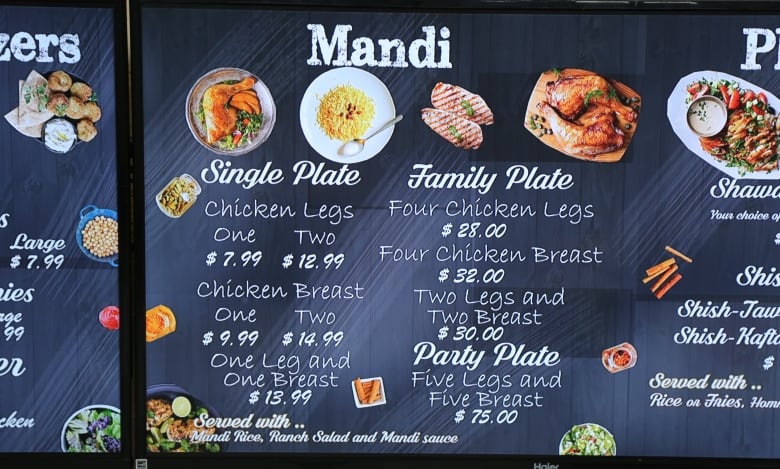 At Mandy, chicken is the only protein offered as part of the mandi menu. (Jonathan Pinto/CBC)

In 2016, Saadeldin decided to change the name of their restaurant to reflect their new signature dish — with a slight twist.

You can’t just name a restaurant after your food, he explained, noting that a poutine restaurant named “Poutine” would be odd.

“Then I found something very close,” Saadeldin said. “Mandy as a name, you know, for a girl.”

“People who know mandi, they right away they figure [it out] … and people who do not know the name, they [just] like it,” he said with a smile. 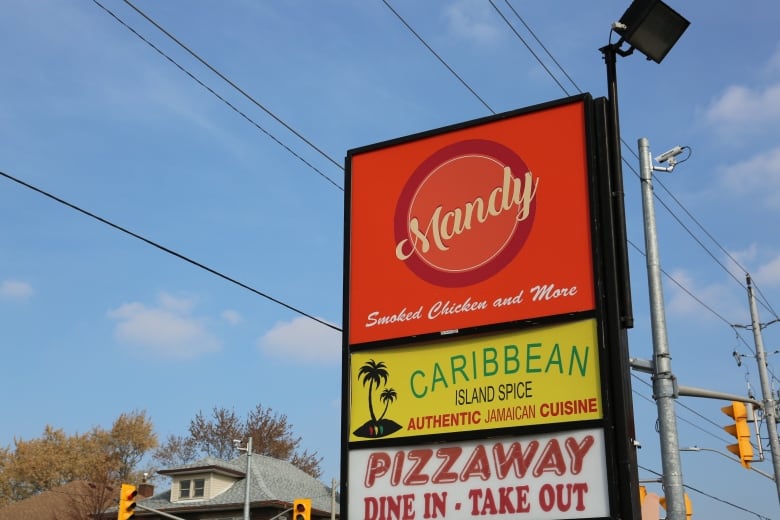 Mandy is located at the corner of Wyandotte Street W. and Campbell Avenue. (Jonathan Pinto/CBC)

Every day, the restaurant prepares three to five batches of mandi, each taking roughly one hour and 15 minutes to cook.

A single batch has enough chicken and rice to feed 15-20 people, which translates into roughly 50-100 individual orders. The first batch of mandi is usually ready by 11 am, with the next batch usually served at 3 pm

“People come at 11 o’clock on the dot sometimes to get the first fresh order,” Saad said.

The dish seems to be catching on. Saadeldin and his family recently opened up a second location in downtown Toronto. 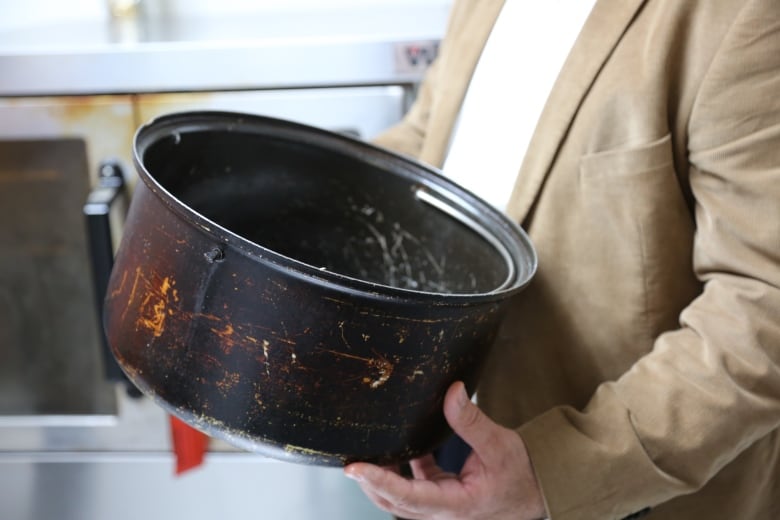 Each batch of mandi is baked in this pot. (Jonathan Pinto/CBC)