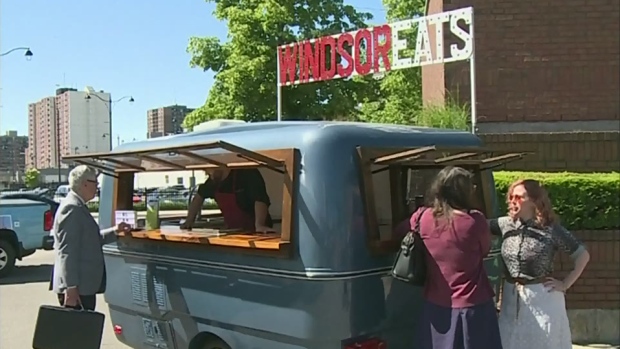 WINDSOR, ONT. — As the stay-at-home order in Ontario extends another two weeks to at least the beginning of June, the prospect of salvaging a summer tourism season in Windsor-Essex is daunting but doable, according to tourism industry insiders.

He says the tourism body has been talking to industry stakeholders about how to achieve some of its summer programming. Orr says plans are in place, but it’s all on hold until restrictions are loosened.

Even with that, the border will likely remain closed to leisure travel for the foreseeable future — meaning tourism options will be limited to regional activities.

“There are a lot of things to do and experience in Windsor-Essex,” Orr says. “And we’re hopeful that this summer we will be able to have the summer of the staycation right here in our own backyard and look to opening up those boundaries when it’s safe to do so.”

But with uncertainty over just how long the restrictions will drag on, the operator of Windsor Eats says planning is tough — and staffing anything he plans could be even harder.

“We are anticipating it, but we truly believe it’s going to be a lot of the outdoor activities, from outdoor walking tours, to cycling tours in smaller, more intimate groups,” says Ciotoli. “It’s not necessarily the best thing we can hope for, but we’re looking at it as the most realistic thing we can hope for.”

Government at all levels say the economy isn’t likely to open up until vaccination rates are higher and case counts are lower.

“We encourage everyone to get vaccinated as quickly as possible and drive down cases in your community so we can have a one-dose summer and a two-dose fall,” says Prime Minister Justin Trudeau.

Public health has suggested rules can be relaxed when 75 per cent of people have one dose, and 20 per cent have two.

Data compiled by CTV shows if doses arrive as scheduled, Canada should hit that target by the first week of June.

“If you’ve got one dose of the vaccine in you and you’re outdoors, the likelihood of transmission really goes down to almost zero,” says infectious disease specialist, Dr. Abdu Sharkawy.

The losses and sacrifices made by these businesses over the past 15 months are real and damaging, says Orr. While there’s short-term pain ahead, the province announced some extra help for the tourism industry to ride out the restrictions.

“They were hit first, hardest and will take the longest to recover,” says the minister of Heritage, Sport, Tourism and Culture Industries. “There have been sectors within my ministry which have been shut without any opportunity to open for over 400 days now. They really need our support.”

The province is pledging $10,000 to $20,000 for eligible travel and tourism businesses like hotels, motels, bed and breakfasts and travel agencies that did not receive the Ontario Small Business Support Grant.

“They’re there to support the industry at a time when we need it the most,” says Orr.

Windsor police investigating a number of ‘grandparents scam’ incidents, remind residents to talk to loved ones