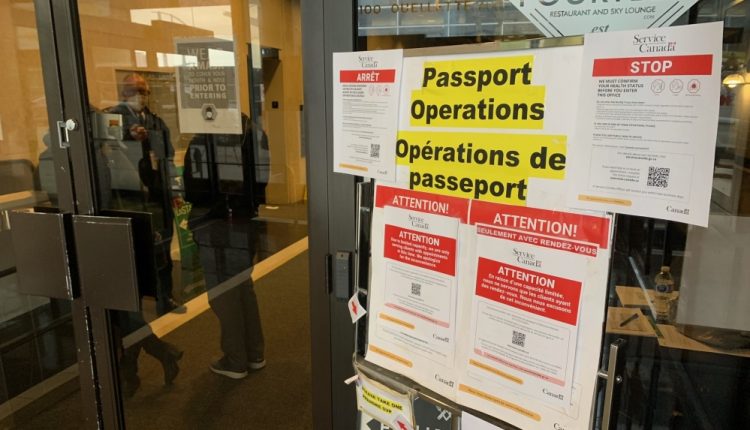 Hit and miss wait times for passport renewal in Windsor

Long lines and frustration at Windsor’s downtown passport office appear to be mitigated compared to elsewhere in the province as a sharp rise in passport renewal applications continues across the country.

Officials say some people are camping out for hours and leaving disappointed in larger cities in Canada as public health restrictions have eased and travel has resumed.

“Oh I think the backlog is huge,” says Maclaren’s Photo Lab owner, Brad Maclaren. “And I think they don’t know what to do with it, it’s so huge.”

Maclaren says an influx of customers are coming in for new passport pictures as the first batch of ten-year renewals also come up.

“The first thing they ask is, ‘do we need an appointment?’ which is very strange.” “And secondly, they asked, ‘How long do I have to wait?’ And with us, it’s seven minutes or so,” Maclaren explains.

While some say the application and appointment process is taking months, others like Vishal Kohli says it took about two weeks to secure an appointment in Windsor. “Pretty good! Quite a wait, about two hours wait. But experience was good and smooth upstairs once we were in.”

Kohli says despite making an appointment as required, he still needed to wait a couple of hours to be processed.

“Yesterday we came in line was all the way up here. So that’s why we have to go back because I had to go back to work,” Kohli says.

“It’s become an unmitigated disaster and it needs to be put in a priority,” says Windsor-West MP Brian Masse. “It’s not a surprising development when you consider how much pent up families and other types of reunification take place, let alone vacations.”

Masse says the situation has renewed his call for a “Safe Border Task Force,” crediting the staff at Windsor’s downtown office for contending with the high volume of appointments.

“I know some people have gone to our passport office and have had to reschedule for another day or have had a lengthy time of wait, but again, that’s why I wanted a Safe Border Task Force is to continue to work on border issues as a progressive way as opposed to waiting for problems and then trying to fix them later,” Masse says.

“We have not been overwhelmed at our own personal office,” Epp. “However, I’ve just come to caucus meetings and heard from other constituencies that are just pulling their hair out.”

Epp tells CTV News he intends to host passport renewal clinics throughout the region in the coming months.

“We’ve had those requests. Absolutely. We’re going to be monitoring the response time,” Epp adds. “That is something that my office did pre-pandemic, we started again and held two a month ago and yes, that is in our summer plans.”

In a statement to CTV News, a spokesperson for Employment and Social Development Canada, which overseas Service Canada, says that over the period of the COVID-19 pandemic, the volume of passport applications was relatively low, due to a reduction in travel.

In the last seven weeks, Service Canada received almost 500,000 applications. In that time, passport request call levels to Service Canada rose from about 5,000 a day prior to the pandemic to a current volume of nearly 200,000 per day.

The statement reads that Canadians can now use a simplified process to renew an expired passport as long as it was issued within the last 15 years. The simplified process is also available to individuals who had their passport lost, stolen or damaged.

In addition to the simplified process and appointment-booking tool, processing hubs were established in regions across the country and 500 new employees were hired specifically to support passport application processing.

Officials say Service Canada continues to hire and train more passport officers and that teams are working overtime every day and on weekends to increase capacity.