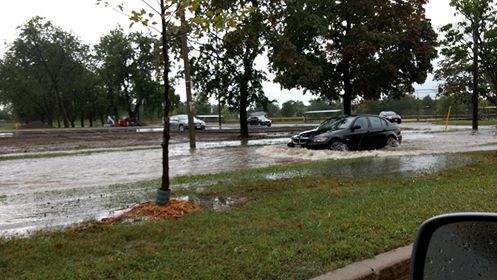 If you live in Windsor or LaSalle, you are likely paying the highest home insurance premiums in Ontario.

According to new data from Rates-Dot-CA, the two communities with the highest estimated insurance premiums in the province for 2022 are LaSalle and Windsor.

“The topography of LaSalle, in the Windsor region, makes it more likely to flood than other Ontario cities,” said Kishan. “As incidents of severe weather increase across the country, flooding is a peril for which more and more insurance providers are adjusting coverage, all the more so in low-lying areas.”

The report also showed that those living in larger urban areas, like Toronto, Ottawa, and Hamilton, tended to pay lower premiums than those in smaller cities. Toronto residents, though, pay 17 per cent more year over year.

Severe weather incidents, such as the recent derecho that caused damage across southern Ontario in May, are also pushing premiums up.

The report also indicated that climate change is not the only thing driving up costs. Current economic issues such as rising inflation and supply chain issues brought on by the COVID-19 pandemic are also to blame.

“If materials take longer to arrive, the size of a claim can increase exponentially with the insurance provider paying more for the policy holder’s additional living expenses,” read the report. “If building materials are also more costly and labor costs are greater than at the time the policy was written, the insurer is on the hook for the difference.”

Rates-Dot-CA recommends several strategies to control the cost of your insurance coverage, such as customizing your policy for your property’s and family’s needs. Consumers can also compare quotes each time the policy is up for renewal, and bundle forms of coverage into one plan. To reduce the risk of flood damage, the installation of a backflow valve is also recommended.

Complete information on the Rates-Dot-CA report can be found on its official website.