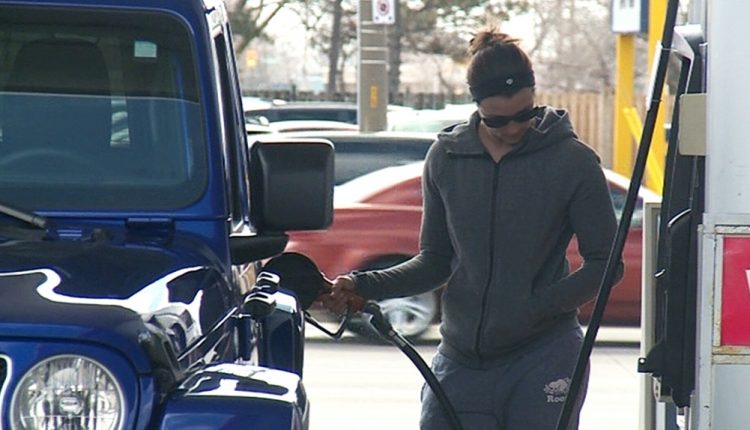 As prices teeter around $2 per liter of gas in Windsor Essex, vehicle mechanics say there are a few simple things you can do to improve fuel economy.

With prices where they are, Campbell says the cost benefit of routine maintenance is way better than flushing your money on fuel.

He says other simple things can increase fuel economy dramatically, such as tightening your gas cap to avoid vapor leakage and keeping the air in your tires at the right level.

“The rolling resistance is better with air in your tires,” he says.

“You can clean out unnecessary stuff, anything you don’t need in the vehicle that you don’t need to carry,” he says, noting that includes removing unused roof racks. “Some are easy to remove, and yeah, they make a difference.”

Of course if parking your vehicle is an option, Lori Newton of Bike Windsor-Essex says the cheapest solution is likely also parked in your garage.

“The best way to do it in this city is to ride your bike,” Newton says, adding bicycle sales are once again taking off as city cycling infrastructure improves and the weather makes it a viable option.

“Your bicycle is probably going to be insured under your homeowners policy. Your bicycle will maybe have a flat once in a while, at worst, some minor repairs, but it can’t even compete with the cost of owning a car.”

She says cargo bikes are growing in popularity, especially for two car families looking for a cheaper alternative.

“A cargo bike is a real option for families who want to save money, want to save the environment and who want to be healthy and want to teach their children how they can be safe and healthy going outdoors on their bicycles and going where they need to go.”

If you do have to drive, Newton asks that you shut off your engine when you park. You may sweat a bit more with the air conditioning off, she says, but you’ll save both the environment and your pocketbook.

“We have an idling bylaw in the City of Windsor that is supposed to be preventing people from doing that, and yet in our neighborhood, I see people idling in their cars all the time for five minutes, 10 minutes,” Newton says. “That’s not necessary.”