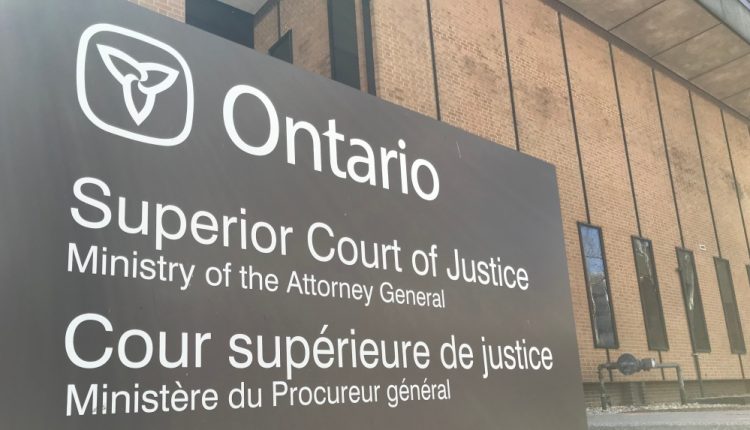 Joseph Mallen, 25, is facing three charges in relation to an accident on Feb. 14, 2019 after his vehicle collided with another at the corner of George Avenue and Reginald Street.

Karen Kelly, 69, died 12 days later, in hospital, from the injuries she suffered.

Mallen is charged with dangerous driving causing death, obstruction of justice and public mischief but has maintained his innocence throughout the court process.

Lall and defense lawyer John Sitter presented their closing arguments to the judge, after a trial concluded on Sept. 22.

Throughout his closing remarks, Lall was interrupted by Justice Pomerance, who repeatedly expressed concerns about reasonable doubt.

“My sense is I can’t determine who the driver was,” Justice Pomerance told Lall. “If I have a doubt, that’s all he (Mallen) need provide.”

At trial, the two passengers in Mallen’s vehicle both tested that Mallen was driving the vehicle at a high rate of speed before he failed to stop at an intersection and collided with Kelly’s sedan.

Lall referred to their testimony as “superior evidence” compared to the version of events provided by several witnesses who only say the aftermath of the crash.

Lall says the two passengers were unknown to each other before the night of the crash and as such had no reason to lie about who was driving the car.

Mallen implicated a different person as the driver of the vehicle, saying he was in the backseat of the car that night.

That person also tested at trial, telling the court not only what he not in the vehicle, he had not seen Mallen for days before the night of the accident.

Justice Pomerance however told Lall, “I’m relying on the eyewitnesses because they cast real doubt.”

“As soon as this accident happened Mr Mallen began this campaign of misdirection,” Lall countered.

Justice Pomerance was also critical of the Windsor Police Service for coming to a “preconceived conclusion” about the alleged driver.

Before court Thursday, Justice Pomerance said she reviewed Mallen’s video statement to police and told the court while she watched it “I could not help but think of tunnel vision.”

Windsor Police initially charged a different man in connection with the accident and Kelly’s death but those charges were withdrawn before Mallen was re-arrested and charged.

About a dozen members of Kelly’s family were in the gallery of the courtroom for the proceedings; many wearing shirts with her picture on the front.

Justice Pomerance directly asked Lall if he believed someone else was driving the vehicle that hit Kelly.

Before the crown attorney could answer a member of Kelly’s family said out loud “No!”, to which Justice Pomerance asked them to refrain from outbursts.

“I know this is difficult to hear,” she said but continued inquiring about the potential of reasonable doubt.

Defense lawyer John Sitter told the court the crown case “does not meet the criminal standard of guilt.”

He argued the court “can’t get around Brad Jones’ (testimony)” of identifying a different person exiting the car from the driver’s seat.

Sitter also argued one of Mallen’s passengers had been drinking and consuming marijuana on the night in question and texting at the time of the accident and hit her head off the dashboard upon impact.

“The weight of her evidence should be suspect,” Sitter argued.

He concluded his closing statement by saying, “There’s reasonable doubt. It would be dangerous to convict.”

Justice Pomerance will deliver her verdict to Mallen on Oct. 31 at 9 am in Windsor’s Superior Court.