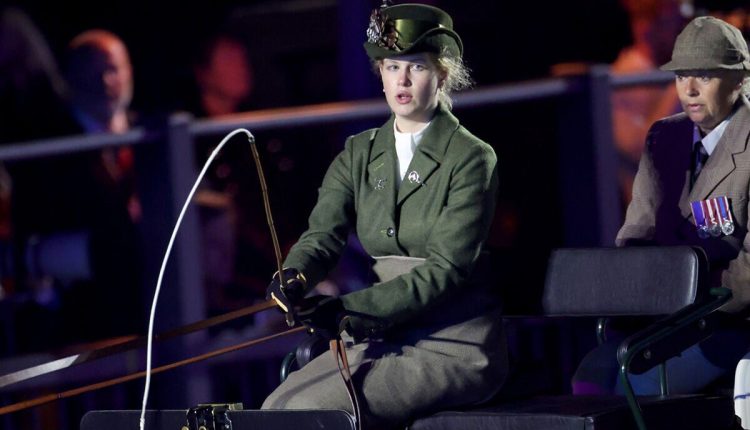 Last week, Lady Louise Windsor, 18, was among the performers in the first major event taking place to celebrate Her Majesty’s 70-year reign. During her appearance, the Queen’s granddaughter paid an “sweet” nod to her grandmother and late grandfather, Prince Philip by leading a horse parade in a carriage owned by the the Duke of Edinburgh.

Prince Philip personally taught his granddaughter the sport, and Lady Louise admitted to being surprised at her grandfather always finding a different path for her to train on.

On the first anniversary of his death last month, Louise paid tribute to her grandfather by driving the carriage she inherited at an event in his honor.

Speaking in the BBC programme, Prince Philip: The Royal Family Remembers, which aired last year, Louise has spoken of how “lovely” it was to have Philip as a mentor.