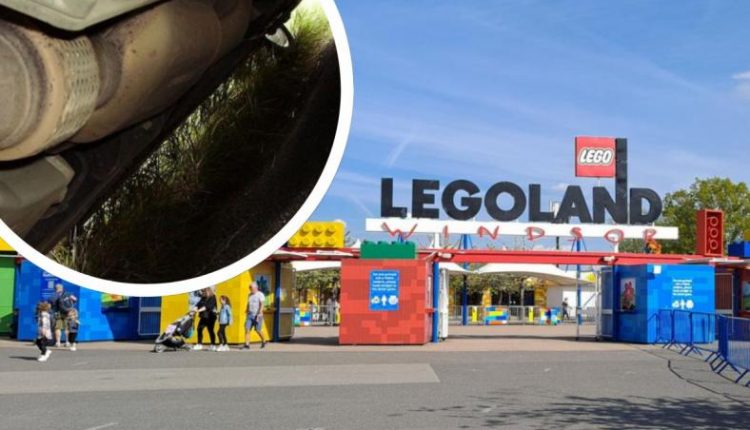 TWO people have been charged as a theme park continues to ‘work closely’ with police to tackle catalytic converter thefts.

The Observer has received reports that families have had their catalytic converters stolen when they’ve visited LEGOLAND Windsor.

Ashley Jackson recently visited the park with his wife and two children on Friday, July 1, to enjoy a day out with his family.

But his car was targeted by catalytic converter thefts.

In response to this, the Thames Valley Police confirmed they received a report of four catalytic converter thefts and one attempted theft.

Officers have since filed the investigation but if anyone has any information they should contact police on 101 or make a report online quoting 43220348064.

Both men have been released on conditional bail to appear at Reading Magistrates’ Court on September 1.

A 24-year-old man from Ilford was also arrested on suspicion of theft and vehicle interference.

He has been released on police bail until September 2.

A spokesperson for LEGOLAND said they were “delighted” to see the arrests made last week.

They said: “We have CCTV across our car parks and our security team and the Police are conducting regular patrols.

“We are installing additional CCTV cameras and will be maintaining our increased patrols, whilst leaflets are being handed to guests asking them to remain vigilant.

“We will continue to work closely with Thames Valley Police on the matter.”