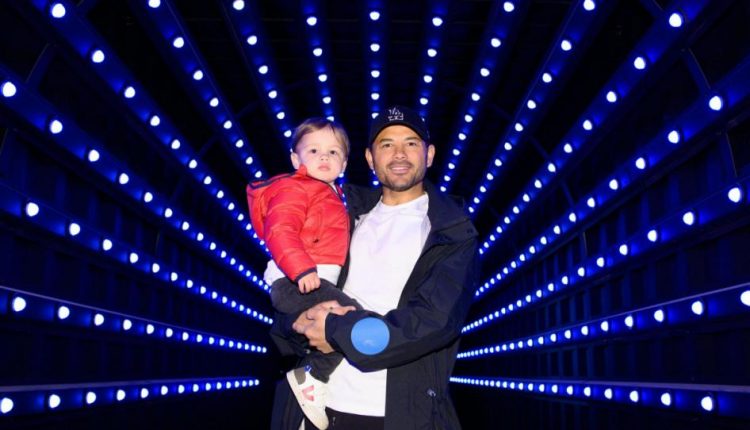 CELEBRITIES were spotted around Legoland as the resort unveiled its new experience.

The stars explored the newest realm in the story of LEGO MYTHICA: World of Mythical Creatures.

Venturing deep into the immersive woodland first was Ryan Thomas, who went in with his children Roman, two, and daughter, Scarlett, 13.

After making it through a swirling vortex, the family were wowed by a myriad of mythical models and habitats built out of 80,000 Lego bricks.

The family who visited the parallel universe without Lucy Mecklenburgh, were joined by strictly ballroom AJ Pritchard and his girlfriend Abbie Quinnen, who were spotted using the Augmented Reality technology on the resorts’ app where LEGO creatures come to life.

Exploring the forest was Greg Rutherford and fiancé Susie Verrill, along with their sons Milo and Rex and daughter Daphne, who made friends with fan-favourite, Bits & Bobs, the friendly baby Alicorn.

And Katie Piper ventured into the lava landscape where she was met by a group of Crystal Claw Crabs and a super-sized Lego dragon egg before entering the grand finale, Lava Dragon’s cave.