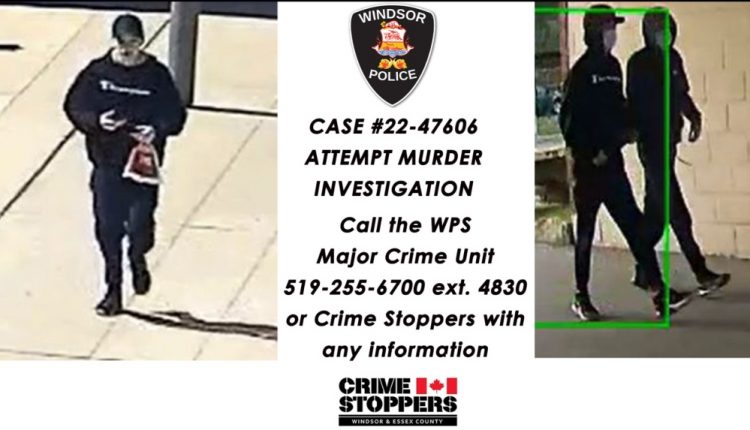 Windsor police say they are looking for possible “armed and dangerous” suspects after an altercation at the mall that led to a man getting stabbed several times.

The Windsor Police Service Major Crime Unit is actively investigating the incident as an attempted murder and is asking for the public’s help identifying a suspect.

Officers attended a parking lot at the 3600 block of Sandwich Street for a report of a stabbing shortly after 7 pm on Thursday.

Police located an injured male who appeared to have been stabbed several times. The victim was transported to hospital, where it was determined the injuries were non-life-threatening.

The suspects had fled prior to police arrival. Through investigation it is believed the suspects involved fled in a silver, newer model sedan.

Investigators believe that the incident stemmed from an earlier altercation that occurred, at approximately 4:15 pm, in the food court of the mall, located in the 3100 block of Howard Avenue.

Investigators are asking that anyone who may have captured any video or pictures of the incidents or the suspects to contact police immediately. The suspects may have entered stores within the mall and investigators are requesting businesses to check their surveillance cameras.

This remains an active investigation and it is possible that more than two suspects were involved. At this time investigators are seeking any information in relation to the case.

Police say the weapon, believed to be a knife, has not been recovered and the suspects should be considered armed and dangerous. If you see the suspects, do not approach and call 911 immediately.