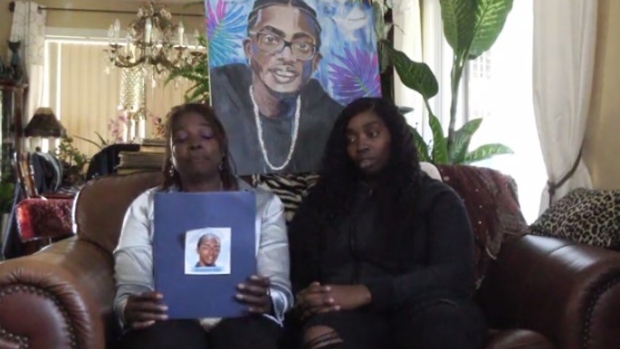 WINDSOR, ONT. — A Windsor family is making a plea for information and the reward has been doubled for the homicide investigation of Jerome Allen.

Windsor police say they continue to actively investigate the 2018 murder of Jerome Allen.

His family has made a video pleading for help with the case.

“There are no words to express the hurt, the pain and the suffering that we have been enduring for the past two years,” says his mother Catherine, in the video.

It has been two years now since the disappearance Allen, who was 29 at the time. Police say they are convinced that this matter remains a homicide investigation.

“This has been a never-ending nightmare that no one should have to go through,” adds Catherine.

The Windsor Police Services Board approved the doubling of the reward offered in this active investigation. A $10,000 reward is now in effect for any information that leads to the arrest and prosecution of the parties responsible for the murder of Allen.

“Our community – and the family of Jerome Allen – deserve to know what happened to him. Somebody knows something,” police say in a news release.

Allen had been living in the Windsor area at the time of his disappearance. He was known to have ties to the Windsor Area and the Greater Toronto Area.

Police say he was last seen in the early morning hours of Oct. 20, 2018 on the west side of Windsor. His body has not yet been recovered.

A search warrant was executed at a residence located in the 3400 block of Cross Street in relation to the investigation.

“Please reach out to police directly or make use of avenues available to remain anonymous. His family, his friends, our communities deserve answers,” say police.