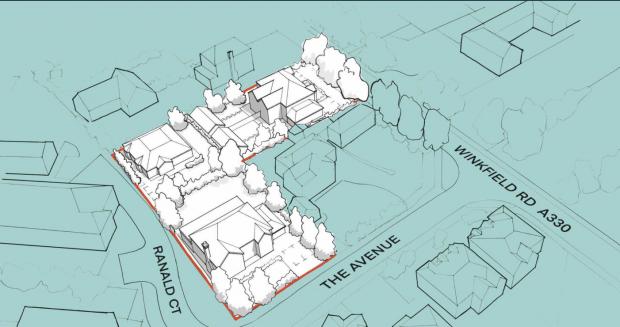 DIVISIVE plans to install a drinking fountain in honor of the Queen’s Platinum Jubilee have been approved.

This is just one of the many applications submitted to the local authorities in Slough, Windsor, and Maidenhead in the past seven days.

To view more details for each application, go to the respective council’s planning portal with the reference number attached.

A developer has put forward plans to redevelop the site into one pair of semi-detached homes and two detached homes with parking and landscaping.

This is the fourth attempt the developer has made to turn the Green Meadows Surgery, which has moved to the new Heatherwood Hospital site, into housing.

Previous attempts had more homes on the site but the developer decided to withdraw the schemes following concerns from residents and officers.

The developer hopes the new plans overcome the density and character impact of the street scene. Planning officers are yet to decide on the application.

To facilitate its needs, ALDI wants to extend the rear by 172.3sqm to the rear to accommodate its warehousing aspects and limit the number of delivery vehicles.

A low-level glazed entrance feature of 20 sqm to the front corner is also proposed which will result in a total unit size of 1,693 sqm.

Pets at Home will move to the smaller unit next door to the new ALDI, which used to be Staples.

A mezzanine floor of 232sqm is proposed within the new smaller Pets at Home unit to accommodate the pet care component of their business.

In honor of Her Royal Majesty’s Platinum Jubilee, which celebrates Queen Elizabeth’s 70 years claim to the throne, a drinking fountain is to be erected in Windsor town centre.

Some residents called it a “wonderful idea” to commemorate the Queen’s landmark celebration and it would be benefit to the town as residents and tourists will be able to refill their water bottles.

One local wrote: “The floating Golden Orb at the top is beautiful. It will be visible to all and an entirely fitting representation of the Queen’s sovereignty and dedication to the throne over 70 years.

“Not only is it a respectful symbol of monarchy, it is also highly appropriate since the Queen is the head of the church and a wonderful symbol of her, and our country’s, Christian faith and values.”

But others felt less so and believed the drinking fountain “lacks imagination” and it does not commemorate the Platinum Jubilee.

One objector wrote: “There is already a drinking fountain close to the ‘Guildhall’ – occasionally working, but its neglect detracts from its significance. This difficulty would dog the proposed fountain.

“The proposal makes no historic reference to the Queen’s link with Windsor, other than its position against the castle.

“A royal ‘orb’ on top of the fountain, signifying the monarch as God’s representative on earth, is divisive and controversial in a multi-cultural, largely non-religious, society.

“The whole thing looks impersonal, dull, and uninteresting. It makes no explicit reference to the Queen, the purpose for its construction.”