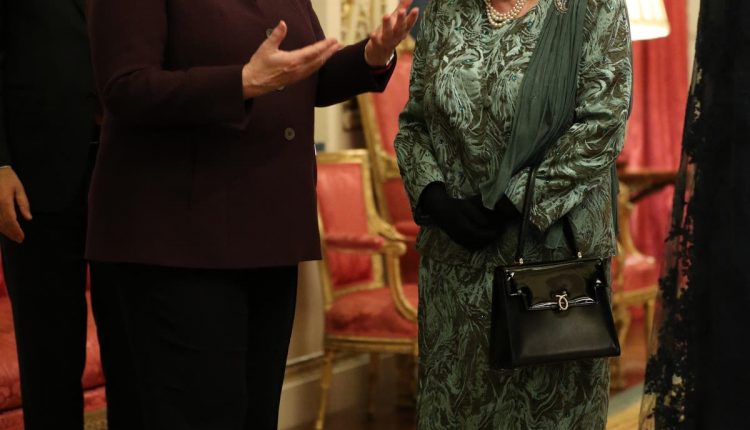 The monarch will meet Ms Merkel at an audience at Windsor Castle in Berkshire.

The pair were last seen together at the G7 summit in Cornwall earlier this month.

England’s men’s football team made it into the quarter-finals on Tuesday after defeating Germany 2-0 – the first time they have beaten their old rivals in a tournament knockout game since 1966.

The Queen’s great-grandson Prince George, with his parents the Duke and Duchess of Cambridge, were among those cheering on captain Harry Kane and his squad to victory at Wembley.

Ms Merkel is reported to want the European Union to ban all UK travelers from entering the bloc regardless of whether they have been vaccinated.

She is also set to meet Prime Minister Boris Johnson on Friday to discuss the global response to the pandemic and post-Brexit relations.

Ms Merkel is making a series of farewell trips as she prepares to stand down as Chancellor in the autumn.