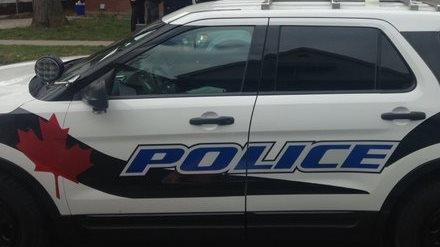 Police were able to quickly recover a vehicle that was stolen Saturday after it had been left running in a South Windsor parking lot.

Around 6:30 am Windsor police responded to a report of a vehicle that had just been stolen outside a business in the 3800 block of Dougall Avenue.

Police say the owner of the vehicle said he left the car running while he quickly went inside the business. When he came out a few minutes later the vehicle was gone.

Officers were able to find the vehicle less than an hour later at the 3400 block of North Service Road with a suspect in the driver’s seat. She was arrested without incident.

A 30-year-old Windsor woman has been charged with possession of stolen property over $5,000.

“A stolen vehicle can pose a danger to the entire community,” police said in a news release. “Windsor Police strongly advise the public that vehicles should never be left unattended with their engines running.”