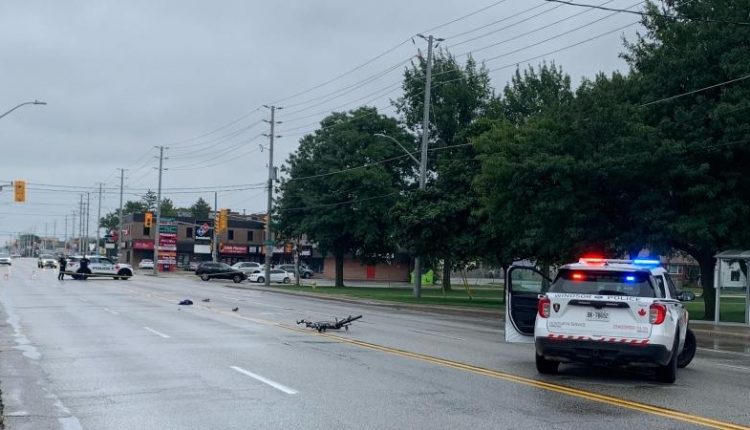 A section of Tecumseh Road East was closed Sunday afternoon after what appeared to be a collision involving a cyclist.

A bicycle could be seen strewn across the road at the scene between McDougall Street and Windsor Avenue along with a pair of shoes and a jacket.

Police appeared to be speaking with the driver of a pick-up truck at the scene which looked to have a damaged windshield.

Police were rerouting traffic away from the area but the road has since reopened.

The investigation is ongoing.