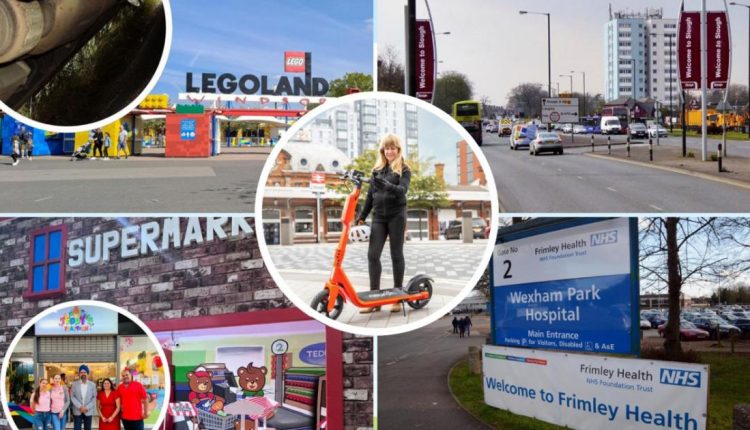 Slough and Windsor’s top stories of the week

The Observer has rounded up some of the most important stories from the last week.

Here are a few of the most significant stories readers should be aware of.

A Slough man died after suffering multiple injuries in a crash on New Year’s Day, an inquest has heard.

Svetlin Sergeev, 42, was involved in a road traffic collision on January 1, 2022, on London Road, Slough.

At the opening of an inquest into his death, a coroner said Sergeev died at the John Radcliffe Hospital in Oxford.

AN EXCITING new addition has launched at a children’s soft play area in Slough.

Teddy’s Playtown, located in the Observatory Shopping Centre, welcomed families to its new role play centre, suitable for children aged one to 11.

It features a fire station, a petrol station, a construction area, a princess castle, a café, dry cleaners and a supermarket.

Senior councilors are set to decide this November to continue with the e-scooter scheme until May 2024 and, if e-scooters are made fully legal by the government, that the scheme is kept.

SBC says this extension of the trial will allow the council to obtain further data to analyze the impact of the e-scooters.

4. Two charged after string of catalytic converter thefts at Legoland

TWO people have been charged as a theme park continues to ‘work closely’ with police to tackle catalytic converter thefts.

The Observer has received reports that families have had their catalytic converters stolen when they’ve visited LEGOLAND Windsor.

Ashley Jackson recently visited the park with his wife and two children on Friday, July 1, to enjoy a day out with his family.

But his car was targeted by catalytic converter thefts.

PATIENTS at Berkshire hospitals have said they are willing to go elsewhere to cut the waiting queue as some have waited a year to be treated.

Four Healthwatch groups across the Frimley health and care integrated care system, including Slough and the Royal Borough, have released a report looking into the attitudes of people waiting to be treated and if any information or advice is given while patients wait.

One hundred and eighty-two people responded to the survey and covered Wexham Park, Frimley Park, and Heatherwood hospitals.