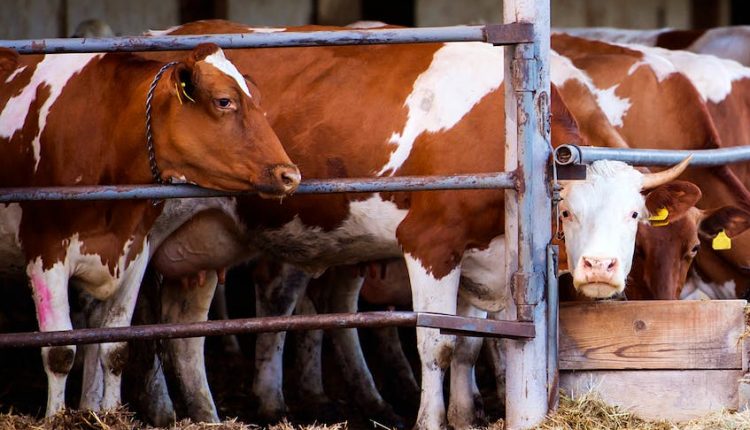 Soaring food prices are forcing more Nova Scotians to use food banks and that is part of a larger, cumulative government failure, a legislative standing committee was told Wednesday.

“Thousands of our neighbours, your constituents, were food insecure long before the current rise in food costs,” said Nick Jennery, executive director of Feed Nova Scotia, the food charity network that distributes almost two million kilograms of donated food annually to 140 food banks and meal programs across the province.

Jennery read from three of thousands of messages that he said were sent to Feed Nova Scotia in the past year from people experiencing difficulty in feeding themselves and their families while paying escalating bills for other necessities like shelter, heat and transportation.

“Almost twice as many people visited a food bank for the first time in the first quarter of 2022 compared to the same period last year,” he said.

Jennery said when he started with Feed Nova Scotia seven years ago, the organization bought no food but had enough to distribute from donations.

“Now, we’re spending north of a million dollars just to keep up,” he said. “The greatest impact is the impact that we don’t know, it’s the hidden hungry, it’s the people who feel disconnected, isolated and are just quietly suffering.”

“We’re certainly seeing more clients that didn’t use our services before and that’s because more people are being pushed down to the poverty line,” he said.

“The pressure has been up and it has been steadily increasing for the past year,” Al-Hamdani said. Committee member Brendan Maguire, the Liberal MLA for Halifax Atlantic, said the Progressive Conservative government, elected almost 10 months ago, has often touted its $13-billion budget delivered during the spring legislative session but the budget did not include an increase for income assistance recipients aside from a one-time $150 payment to low-income Nova Scotians.

“The increase in income supports for Nova Scotians and non-Nova Scotians tends to correlate with less usage of food bank services across the board,” he said.

Al-Hamdani said surveys, including Feed Nova Scotia polling, show that people say income is the factor that most contributes to food insecurity.

“This is why one of our main recommendations … is to consider indexing income assistance to inflation as a minimum,” he said.

“It’s all connected and we’re failing people deeply in this province,” Leblanc said, asking Tracey Taweel, deputy minister of community services, when income assistance rates will be indexed to the rate of inflation. Tracey Taweel, deputy minister of community services: ‘All departments are very aware of the needs of those that they serve and work diligently within the processes that are laid out for us to put forward asks and requests that make sense for the constituencies that we are all privileged to serve.’ – Community Services Department photo

“Those decisions are made on an annual basis, sometimes throughout the year, but those (overall budget) decisions are taken into the context of all government expenditures,” Taweel said.

“The department can’t unilaterally make a decision around increasing income assistance rates or any other financial supports that the department provides.”

“It is fair to say, however, that all departments are very aware of the needs of those that they serve and work diligently within the processes that are laid out for us to put forward asks and requests that make sense for the constituencies that we are all privileged to serve.”

Claudia Chender, the NDP member for Dartmouth South, said ultimately Nova Scotians need higher wages but she added that a fully funded school food program would go a long way in easing the intersectional issues of low incomes and the housing crisis among others.

Sylvain Charlebois, professor of food distribution and policy at Dalhousie and the senior director of Agri-Food Analytics, said there is a data deficit about food production in Nova Scotia and across Canada.

Most provinces do not have a grasp on the ratio of the food they produce and consume and “that’s a problem,” he said.

“I fail to see any evidence that our province has food security as a priority,” Charlebois said, adding that Nova Scotia has lost 28 per cent of its farms since 2006, far higher than the Canadian average of 16 per cent.

“We’re using less farmland, there is little or no processing which occurs in our province, which is really the anchor piece of a food-supply chain.”

Charlebois said more companies have to be encouraged to get into that food space, which would increase the province’s anemic food-processing sector.

Carolyn Van Den Heuvel, executive director of the Nova Scotia Federation of Agriculture, said farmers operating over 2,000 farm business in the province are facing a planting season with one of the highest costs that they’ve seen in decades.

“What we need to ensure at this moment is that we are aware of the risks that farmers are facing, that we don’t further erode that food production in Nova Scotia,” she said.

Nova Scotia agriculture requires investment and risk management programs, Van Den Heuvel said, and the province has to invest in people who want to own and operate a farm, whether they be new Nova Scotians or those who want to take over a family farm.

Processing and distribution are important parts of the food chain that also require provincial investment, she said.

Windsor police investigating a number of ‘grandparents scam’ incidents, remind residents to talk to loved ones