Riley Richard credits his family for building his love of Lego, block by block, from an early age.

“Ever since I was a pretty much a small child, my whole family got into it and by proxy, I got into it too,” Richard said.

Recently, he decided to take on a new project: recreating Windsor, Ont., council in Lego form.

“I’m basically replicating the photo of our city council that’s up on the website right now,” the local resident said.

“This was kind of a cool little project to do. And once I posted it, everybody was giving me lots of good feedback about it.” 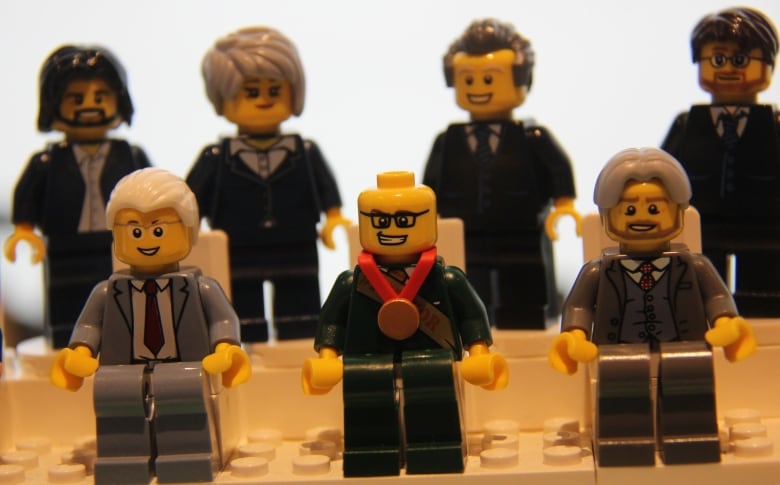 He said the most difficult councilor to recreate was Gary Kaschak.

“It’s a style that’s hard to describe, but either way, there weren’t a lot of pieces I had that were in the correct color to kind of mirror it,” he said, adding Mayor Drew Dilkens was the easiest to replicate.

Hey also said Coun. Kieran McKenzie’s beard didn’t work on his first attempt — using a “Santa” beard wasn’t quite right — so he used a piece with the beard printed on.

It isn’t Richard’s first foray into recreating familiar people with Lego — especially if you like Canadian pop culture.

He’s developed a host of favorites from Canadian television series. 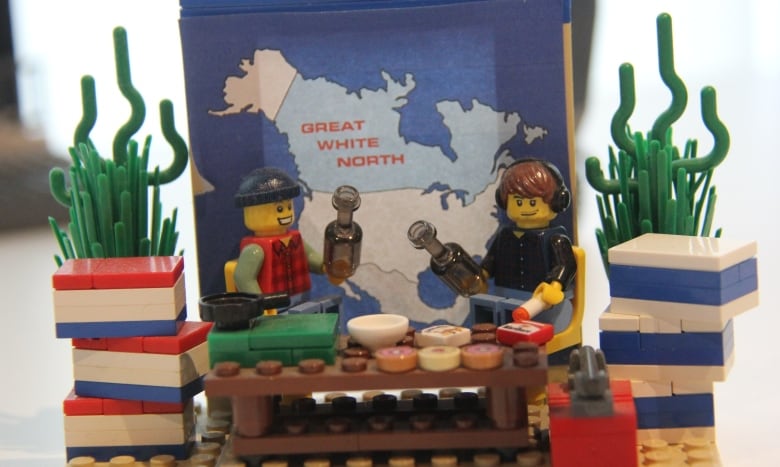 The iconic set of Great White North, an SCTV sketch featuring Bob and Doug McKenzie, is another of Richard’s Lego creations. (Michael Evans/CBC)

They include Bob and Doug McKenzie, two “hosers” from the sketch comedy show SCTV.

“It was essentially just two minutes of pure Canadian content and that is just what has made it a cult classic,” he said of the pair.

“As you can see, they got their stubbies because that’s what beers used to be back then, the old stubby boys.” 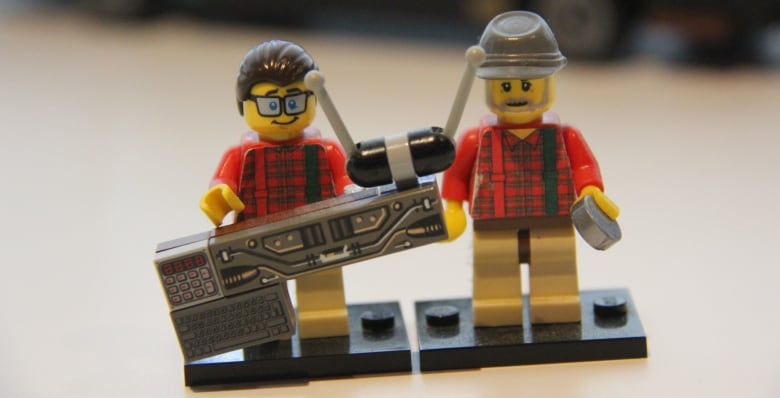 And there’s Red and Harold Green from the Red Green Show.

Richard says he’s been a longtime fan of the TV show Trailer Park Boys, so decided to recreate the characters with Lego. (Michael Evans/CBC)

But one of his personal favorites is his Lego likenesses of the three main characters from the Trailer Park Boys.

“My dad got me into it when I was way too young to be watching it realistically, but still, I’ve been a big fan of it ever since,” he said.

On top of Bubbles, Ricky and Julian, he’s built Ricky’s car and several other characters and scenes from the show.

Food bank in Windsor closes due to empty shelves