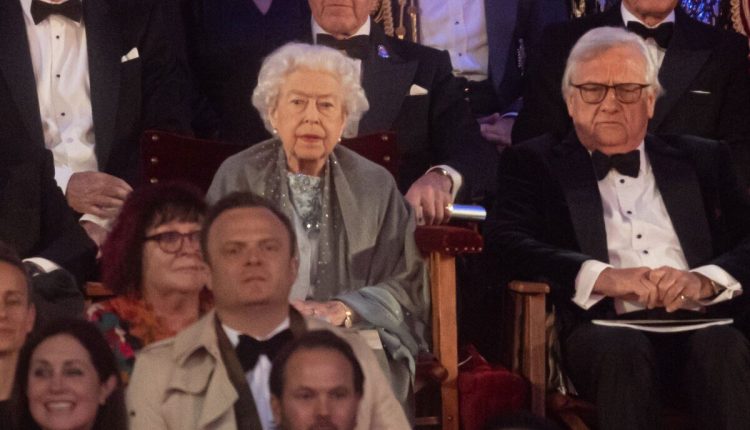 The monarch was beaming as she watched US actor Tom Cruise join British luminaries including Dame Helen Mirren, Damian Lewis, Alan Titchmarsh and host Omid Djalili at the extravaganza called A Gallop Through History.

The 90-minute show, featuring 1,300 performers and 500 horses, celebrated British history through the ages, from the reign of namesake Elizabeth I to our Queen, with a special acknowledgment of her love of horses.

It was the grand finale of the Royal Windsor Horse Show, an event the 96-year-old monarch has attended every year since it began as a wartime fundraiser in 1943.

The Queen, who had been battling discomfort caused by her mobility problems, made a special effort to attend after earlier presenting an award to members of The King’s Troop Royal Horse Artillery inside the castle.

She arrived in spectacular fashion, her car escorted by a detachment of the Household Cavalry, to a standing ovation from the crowd.

The Queen, wearing a bejeweled gray coat, was escorted by the Earl of Wessex. His wife Sophie sat with their daughter Lady Louise Windsor, 18, who earlier drove her late grandfather Prince Philip’s carriage.

Cruise described his admiration for the Queen in an interview with ITV, which screened the event live.

The Top Gun star said: “What she has accomplished is historic.”

“The world knows her dignity, devotion and kindness…That’s just been extraordinary.”