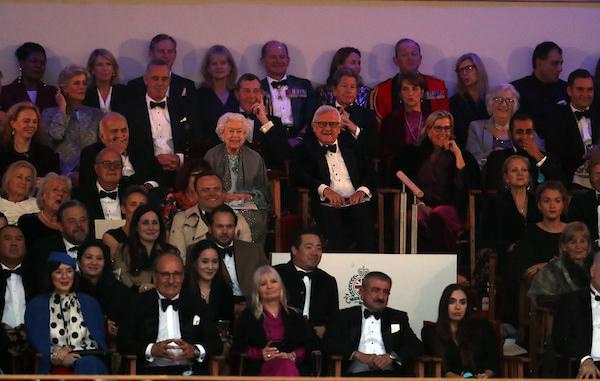 THE QUEEN was welcomed with a standing ovation at a special Platinum Jubilee celebration at Windsor Castle last night (May 15).

On the final day of The Royal Windsor Horse Show, around 4,000 people joined Her Majesty in watching an equestrian extravaganza in the castle arena.

Audience members applauded The Queen as she entered the arena with the Household Cavalry in her Land Rover and walked over to her royal box.

The show, called A Gallop Through History, featured more than 500 horses and 1,000 performers all paying tribute to the monarchy.

The Greatest Showman star Keala Settle entertained the crowds as she performed ‘Sing’ with 54 children from each of the Commonwealth Nations.

The Royal Cavalry of Oman filled the arena for a traditional display with 99 horses taking part.

And The Trinidad and Tobago Defense Force performed a special edition of ABBA’s Dancing Queen as the audience sung along.

This event was the first of many to mark Her Majesty’s 70-year reign.

More events in Windsor will be happening over the Platinum Jubilee weekend from Thursday, June 2 to Sunday, June 5.