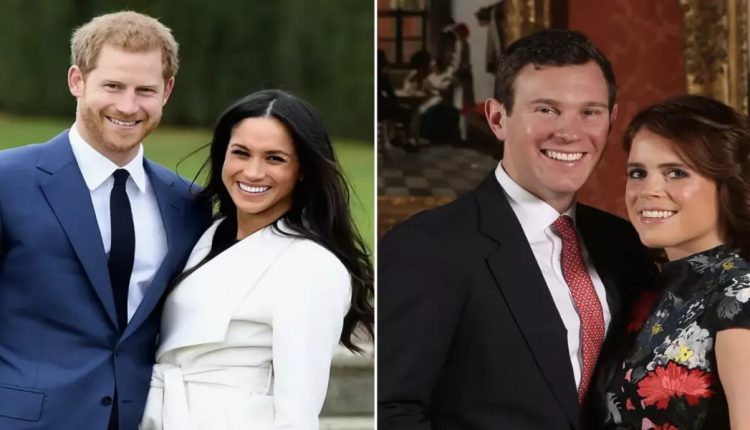 During the vital Windsor trip, Princess Eugenie is said to have played a key part in reconnecting the Sussexes and the rest of the royal family.

Richard Kay, a royal specialist, says that Meghan and Harry’s recent visit to Windsor was essential for the couple’s ‘long-term position’ in the family.

Princess Eugenie, Prince Andrew’s daughter and Harry’s best friend, was one among the members inside who helped encourage and support the Sussex homecoming.

“This was not a spur-of-the-moment visit,” Richard continues, “and had to take into consideration the Queen’s recent bout of ill-health, which included acquiring Covid in February.”

“It was also Meghan’s first meeting with her royal in-laws since March 2020.” “It featured a fifth member of the Royal Family, Princess Eugenie, who was not present at either meeting,” he adds.

Princess Eugenie is presently residing in Frogmore Cottage, Harry and Meghan’s old residence. This suggests that the couple stayed the night before meeting the Queen with their relative.”

The princess, who is temporarily residing with her husband Jack Brooksbank and their son August in her cousin’s Frogmore Cottage, is said to have played an ‘encouraging’ role behind the scenes.

“She is Harry’s closest royal buddy and is also close to the Queen,” Richard added. “She and Jack visited the Sussexes in California earlier this year.”