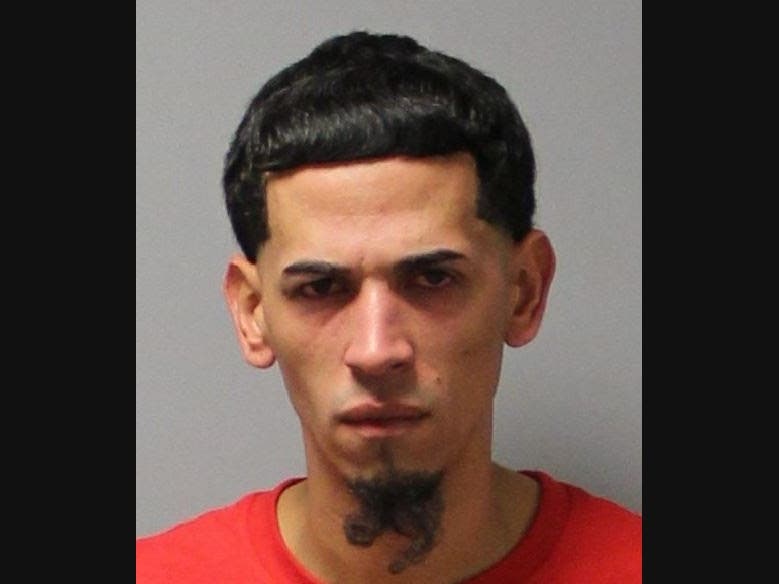 WINDSOR, CT — A traffic stop on Interstate 91 early Friday morning resulted in the discovery of a loaded handgun, resulting in the arrest of a Massachusetts man on numerous charges by state police.

Around 12:14 am, a trooper conducting routine patrol operations observed a Hyundai Elantra traveling in excess of 85 miles an hour on I-91 northbound, and initiated a traffic stop. The operator, Steven Roche, 28, of Springfield, exhibited signs of possible intoxication and troopers detected the odor of alcohol, state police said.

Roche agreed to perform standardized field sobriety tests, but did not perform to standard. He was handcuffed, seated in a cruiser and secured with a seatbelt. As a search of the vehicle was being conducted, Roche unbuckled his seatbelt several times and opened the cruiser door, interfering with the investigation, state police said.

During the search, a loaded handgun and a quantity of marijuana were located within the car. Roche was charged with illegal possession of a weapon in a motor vehicle, carrying a dangerous weapon, interfering with an officer, illegally carrying a firearm while impaired, operating under the influence, possession of a controlled substance, drinking while driving and reckless driving, state police said.

Roche was held in lieu of a $50,000 cash/surety bond, and was scheduled to be arranged Friday in Hartford Superior Court.