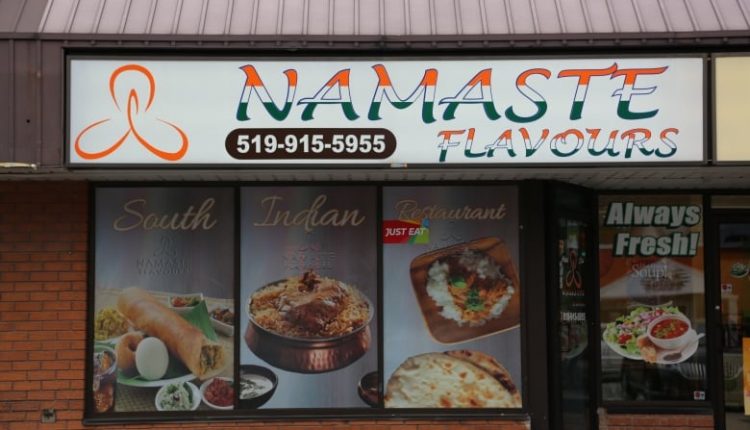 When Donald Trump was elected president of the United States, Krishna Kody, an Indian-born physical therapist living in Michigan, decided it was time to move to Windsor.

“My employer said, ‘You know, one day it may be very hard for you [as an immigrant in the United States]and I may not be able to help you,” Kody explained. “At the time … Trump was taking [immigration] actions very rigorously.”

The president was inaugurated on January 20th, 2017. Krishna arrived in Windsor on February 9th.

Namaste Flavors is located on Wyandotte Street West, near the University of Windsor. (Jonathan Pinto/CBC)

While his wife, a fellow physical therapist, is now one of thousands of Windsorites who cross the border daily for work, Kody decided to pursue his childhood dream of having a business.

“My forefathers — my father, my father’s brothers — everybody was in small jobs,” Kody said. “So [when I brought up the idea of starting a business] my father said, ‘You know, we are not from a business background, so it may not be good for us.'”

Undeterred, Kody started saving for the business world independently. “So once I established myself … I [went] into business,” he said. 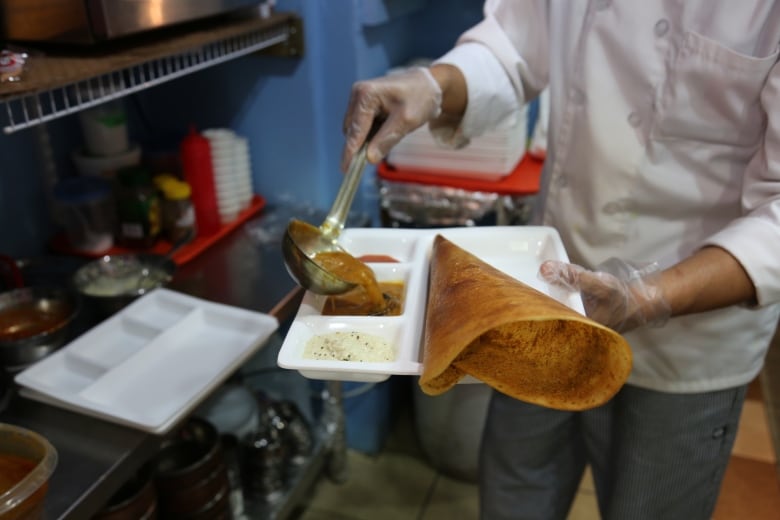 After convincing chef Navneet Jaiswal, an experienced Indian chef, to relocated from the GTA to Windsor, Namaste Flavors opened July 26 on Wyandotte Street West, close to the University of Windsor campus.

Kody’s restaurant is markedly different from other Indian restaurants in southwestern Ontario. While most in the region serve northern Indian dishes such as butter chicken, naan, and palak paneer, Kody’s restaurant specializes in the food of south India, such as idly, vada and most importantly, dosa.

One of the most popular foods in south India, dosas are large savory crêpes made from rice and black gram. Following a 12-18 hour fermentation, the batter is poured onto a hot griddle until crispy. 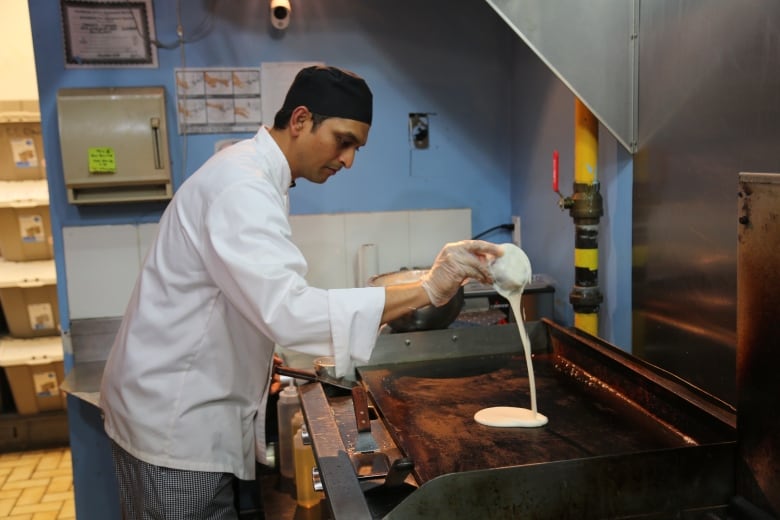 The most popular stuffed variety is masala dosa, where the stuffing consists of a spiced potato and onion mixture.

Tap on the video to see how it is made.

Namaste Flavors is located at 2240 Wyandotte St. W. in Windsor.