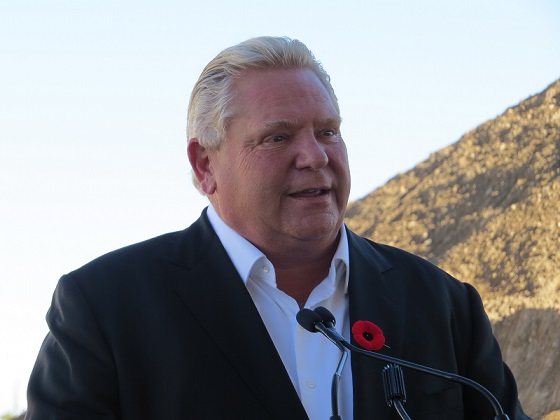 Two of the provincial party leaders are making stops in the region on Thursday.

Dowie, a Tecumseh town councillor, is running against Windsor city councilor Gary Kaschuk who is carrying the Liberal banner in the June 2 election. The NDP candidate in Windsor-Tecumseh is Gemma Grey-Hall. Melissa Coulbeck is running for the Green Party, while Steven Gifford represents the Ontario Party and Sofia Sevo is the Blue Party candidate.

Ontario NDP Leader Andrea Horwath will make a stop at Ron LeClair’s campaign office in Essex Thursday afternoon. Earlier in the day, she will make an announcement in Paris and then travel to West Lorne.

LeClair’s competition in the election is the Liberal Party’s Manpreet Brar, Anthony Leardi with the Progressive Conservatives, the Ontario Party’s Frank Caursarano and Danielle Sylvester with the Blue Party.