Masters student Bushar Jamal uses the University of Windsor’s food pantry to get some extra meals and help her balance the cost of living in a new country.

“After having a good financial stability back in our country, it’s like starting everything from scratch,” she said.

Jamal, who recently moved to Windsor from India, told CBC News that it’s been a “huge struggle” to find a part-time job which would help her make ends meet.

And there’s dozens of other students like Jamal who are relying on the donation-run pantry to supply them with more food, especially as groceries, gas and rent prices soar.

University of Windsor Students’ Alliance (UWSA) vice president of finance and operations, Alanna Olteanu, said before the pandemic an average of 30 students would use the service per month. But these days, she said that number has doubled.

“We want to ensure that all food insecurity is eradicated by having this food pantry,” she said.

Typically, she said they rely on local Windsor businesses to donate food and money to keep their supply up.

“The food pantry here is to supplement those that can’t afford a full big grocery trip … we’ve noticed students coming to us for many reasons, some students find that education can get quite pricey, living here, being new to Windsor, everything, again gas prices are going up,” she said.

“It’s definitely hard, especially when I don’t have a lot of time to work,” she said.

“I make minimum wage, so it’s hard for me to work enough hours to get money and then have time to do my schooling.”

She said the cost of food is something she’s constantly thinking about. 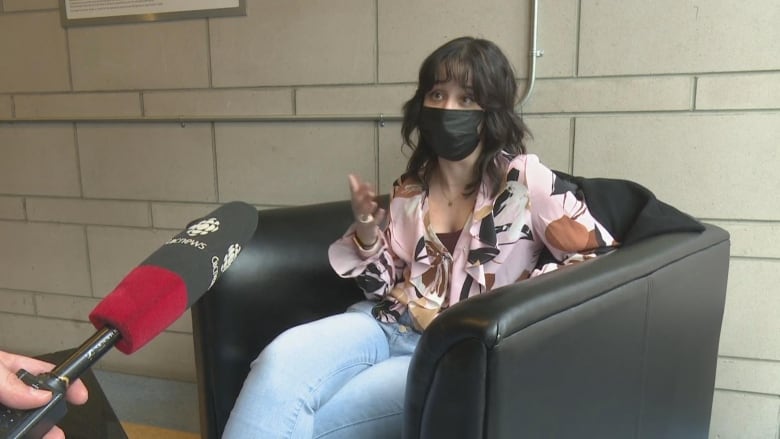 Viktoria Prsa works a part-time job while attending the University of Windsor. Even with the income, Prsa says it’s often still not enough and the cost of food is something she’s always aware of. (Jason Viau/CBC)

The increase in demand has left the shelves empty than usual, Olteanu said. But a recent donation of $15,000 — one of the largest the pantry has received — has the UWSA hopeful that it will be able to keep the pantry fully stocked for many months.

CUPE Local 4580, the union representing graduate assistants and teaching assistants, was behind the large donation.

It gave thousands in monetary donations to three local causes, the pantry being one of them. 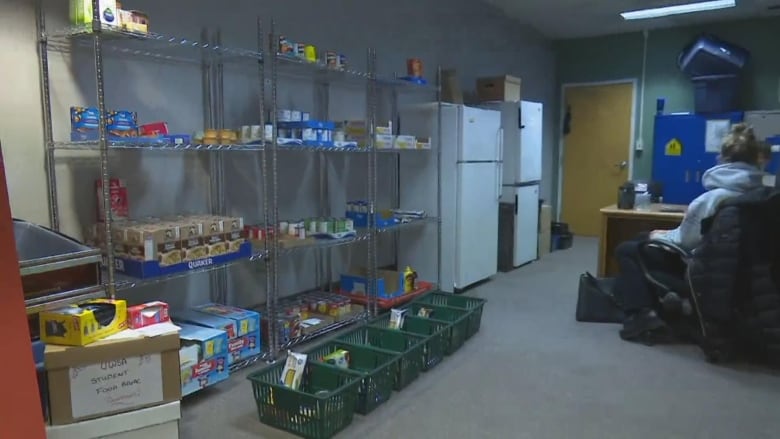 The UWSA food pantry recently received a donation of $15,000 from the union representing graduate and teaching assistants. (Jason Viau/CBC)

Union president Emily Varga said the money is usually spent on yearly conferences, but since COVID-19, those events have been virtual. In a survey, members indicated that they would like to see that saved up money go to the university’s food pantry.

“There are a lot of our own members that need to use that resource and had told us that it could definitely use some stocking of the shelves, so that’s how we decided where would it make the most sense to help out our community and our students and our members,” she said.

Olteanu said they have a food pantry co-ordinator who will now plan out how the donation will be spent, which will include finding the best deals.

The more popular items include any vegan or vegetarian products, along with snacks such as granola bars or peanut butter.