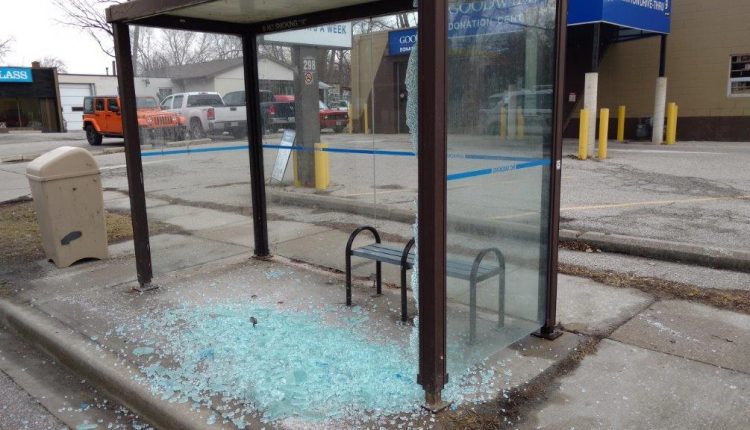 Windsor police are looking into continued incidents of vandalism at bus shelters all over the city.

The vandalism had occurred throughout the spring and summer of this year. Police first received reports in March that bus shelters were the target of vandalism and theft.

The incidents seemed to increase in frequency during the latter half of August, according to Constable Bianca Jackson. Between August 19 and August 30, numerous structures across the city had been hit. The majority of these disturbances took place between August 19 and the early morning hours of August 20.

Police are asking the public to stay vigilant and give them a call if they see anything unusual around bus shelters.