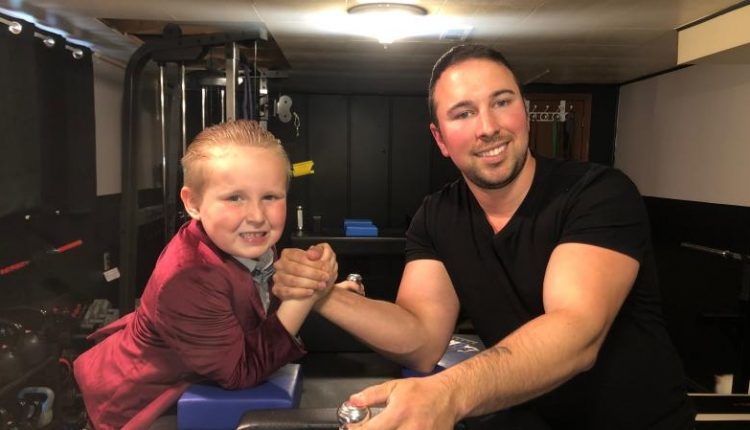 Wesley Cunning picked up arm wrestling during his time in the Canadian Armed Forces.

“My lower body was out of commission so I started working on my arms and met a few people who were big fans of the sport,” says Cunning.

There are 37 active arm wrestling practices in Ontario. Cunning was inspired to start his own club after learning there was no club in Windsor.

“It doesn’t matter your experience level,” he says. “We would love to have you and we’ll teach you everything from the ground up.”

Despite its appearance, Cunning says strength alone will not get you the win in an arm-wrestling match, technique is just as important.

“Arm wrestling is primarily a hand and back game. No matter how much you do in a bicep curl, it’s kind of irrelevant to the sport,” he says.

The Ontario Armwrestling Association says the sport has taken off over the last few years.

“Since the pandemic hit, I find that everybody is at home on YouTube. Everybody is googling Devon Larratt and seeing all of his videos,” says Matt Smith, vice president of the Ontario Armwrestling Association.

“It’s fun full-body sport. The camaraderie, it’s a family. Come out give it a try you’re going to have a good time,” adds Smith.

“The unique thing about arm wrestling is that you actually get better as you age. A lot of sports are really hard on your body. As you get older, the stiffer you get, it will actually benefit you,” Wesley explains.

Those in Windsor interested in joining the local arm wrestling club can find updates on the Ontario Armwrestling Association Facebook page or reach out to Wesley Cunning.