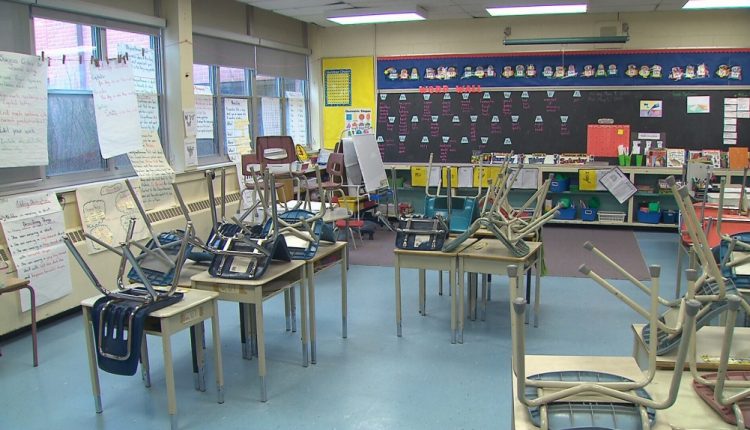 CUPE members will be in a legal strike position as of Friday, Nov. 4.

Three of the four big school boards in the area will pivot to online learning at least for the day.

“We’re holding out hope, quite frankly, that there still may be some reason to believe this could be averted,” Steve Fields, spokesperson for the Windsor-Essex Catholic District School Board (WECDSB) said Wednesday.

Until then, WECDSB has decided to close schools and move students to online, asynchronous learning.

“The teachers will be posting the students work online (and) there’s an expectation that students will check-in and do the assignments but there won’t be a teacher doing instruction virtually like we were accustomed to during the pandemic,” said Fields.

The Greater Essex County District School Board (GECDSB) on the other hand, will keep schools open on Friday.

“Those who are closest to working with students during instructional time are not part of the CUPE union and therefore we believe we will be able to stay open,” said Erin Kelly, GECDSB director of education.

She said managers and staff will be “reassigned” to keep schools operating as normally as possible without CUPE members.

Kelly said any decisions about next week won’t be made until the weekend, as the dispute remains “fluid” in Toronto.

“Student safety is the top priority for the LKDSB. If the strike proceeds, CUPE staff will not report to work. In our schools and across our system, CUPE represents custodians, early childhood educators, educational assistants, secretaries, library and computer technicians and “A full strike would mean none of these important supports for schools would be in place and the LKDSB will not be able to safely operate our schools,” the board said in a message on its website.

All school board officials encourage parents to check their “labor updates” on their websites, regularly, for the latest decisions.