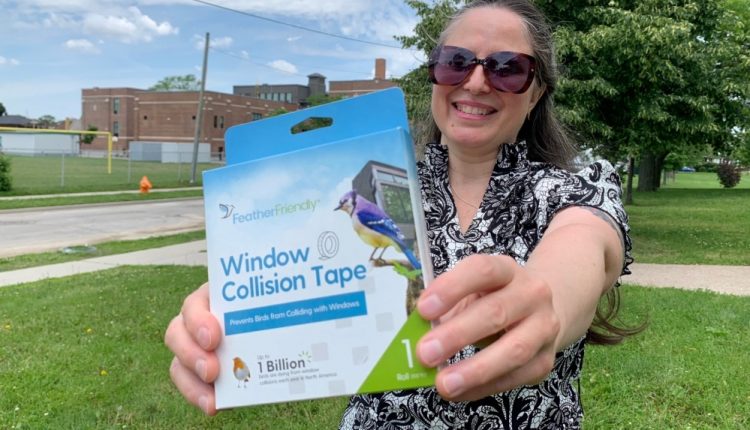 Why are Pelee Island bird watchers looking at downtown Windsor?

The Pelee Island Bird Observatory is spreading its wings into downtown Windsor in a global effort to understand why birds fly into buildings.

“It’s a serious issue,” says Executive Director Suzanne Friemann, “and most people are not aware of it.”

Five billion birds have disappeared from the skies over the last 25 years according to Friemann, who says the Atlantic and Mississippi migration paths cross through Windsor en route to Pelee Island and beyond.

Over the past two decades, Pelee Island has been home to several mating pairs of Yellow-breasted chats. Officials say these birds have declined sharply in Ontario in recent years from 80 individuals in 2005 to maybe only 4 birds remaining today.

“We don’t keep any stats, so this is the issue,” Friemann tells CTV News. “Our organization actually bands at birds on Pelee Island and we do a daily census count, but we don’t have any real stats from Windsor.”

Friemann says the majority of bird strikes occur in residential areas but that monitoring efforts will focus on the downtown core because of how many reflective tall glass buildings there are within a close proximity.

“Other cities have been doing it a lot longer than we have. Cities like Toronto, Vancouver, Calgary, they’re far advanced than we are, but that doesn’t mean we can’t do anything about it.”

Friemann encourages others to volunteer, saying anyone with a window can help by logging bird strikes or collisions they witness into the Global Bird Collision Mapper app.

“Then we will have that data available to us so that we can go to the municipality or go to the provincial government and say look, this is a serious issue in our area alone.”

The collision mapper app is an online geo-mapping tool that allows registered users to record the location, status, and species of each bird they recover. A photo of each bird can also be uploaded as part of the report. The goal is to help demonstrate the magnitude of the problem and inspire further development of effective preventative measures to protect bird species.

Friemann says, “The more we can do about it, the better we can save more bird lives and that makes a huge difference to our environment.”

Mean time, the group is giving away window collision deterrent kits to any interested small business. “They’re called feather friendly, and they’re just essentially tape that you put on the outside of the window and they’re dots that are spaced two inches apart,” Friemann adds, “There’s also lots of DIY options. You can do paint markers, you can do crazy designs, but make sure that the spacing is correct.”

The observatory hopes to share the data gathered later this summer.

Cafes in Slough and Windsor to visit this weekend