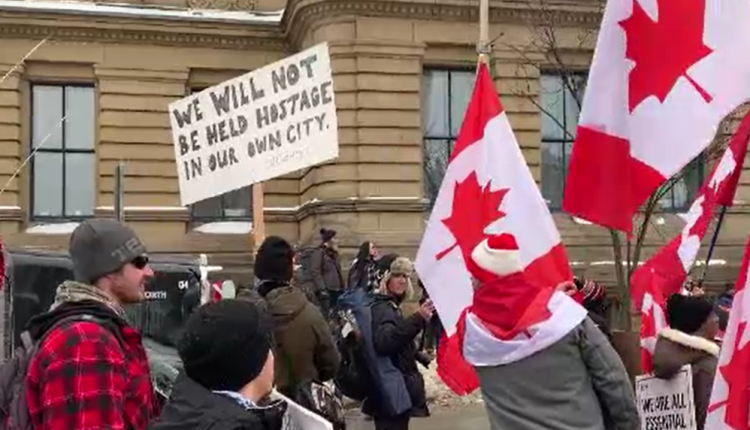 Windsor “a success story” for how police dismantled the bridge blockade: OPP lawyer

The Public Order Emergency Commission (POEC) started its inquiry in Ottawa Thursday into the use of the federal governments’ use of the Emergencies Act this past February.

Lawyers for all parties with standing during the commission were granted three to five minutes for opening remarks Thursday.

Chris Diana, a lawyer for the Ontario Provincial Police, told the commission they had “sufficient legal authority” to deal with the protestors at the foot of the Ambassador Bridge.

“Windsor was very much a success story in terms of how it was handled,” Diana said. “The OPP took on a leadership role working with the Windsor Police Service and with the help of additional resources from other police services successfully cleared the blockade of the Ambassador Bridge.”

Diana also told the commission her Provincial Liaison Team was a big part of their efforts to remove the protestors from Windsor.

Jennifer King is one of the lawyers hired by the City of Windsor to represent its interests at the commission.

During her remarks Thursday, King not only highlighted the geographical location of the city, but also noted the economic impact of the Bridge being closed.

King told the commission six thousand transport trucks cross the bridge every day, moving $300 million per day in goods and services across the border.

“Windsor is interested in the commission’s work, because the Ambassador Bridge blockade happened in Windsor on municipal roads, with profound negative impacts not only on trade and the automotive sector, but also on the city, its residents and its businesses,” King told the commission.

Various civil liberty associations also have standing during the commission, including the Democracy Fund, which has maintained all along the government did not have the legal grounds to invoke a public order emergency.

“The extraordinary measures the government invoked were therefore inappropriate and indeed, outside their jurisdiction,” Alan Honner told the commission. “We represent dozens of persons who have been criminally charged in relation to the protests at Ottawa, Windsor and Coots, and we represent 1000s of others.”

Commission Counsel advised they intend to hear evidence on the situation in Ottawa for the first few days and then expect to spend “several days” discussing the border blockades.

On the witness list of 65 people, Mayor Drew Dilkens is listed as #30, while Acting Deputy Chief of Police Jason Crowley is #32.

He did confirm to CTV News he expects to be testing in early November.

The POEC posts the day’s webcast and all exhibits tendered by lawyers to their website at the end of the days proceedings.

There is also a place for Canadians to submit their opinions on the issue.