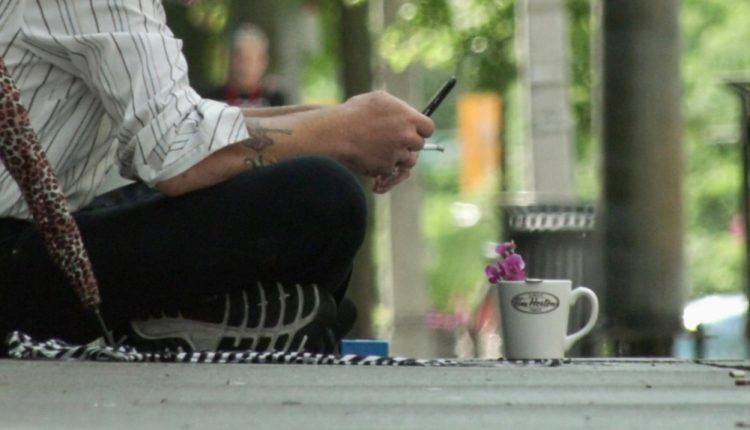 A Windsor councilor is making the case to outlaw panhandling in business and tourism districts and residential areas, after receiving complaints from residents and business owners about the proliferation of panhandling in the city.

“People just don’t feel safe or welcomed to come down there,” said Ward 1 Coun. FredFrancis. ”If the city can pass a bylaw that can help reduce or prohibit panhandling and loitering in areas then that’s something I think worth taking a look at.”

On any given day, panhandlers can be found around the city at intersections, along the streets of downtown Windsor and at busy highway off-ramps.

The Safe Street Act, passed by the Mike Harris Conservative government in 1999, already makes aggressive solicitation illegal in Ontario, with fines starting at $500.

Francis acknowledges there are constitutional rights at play but says he’s heard from constituents who view it as a public safety issue, one that keeps them from visiting parts of the city like the downtown core.

“It’s affecting our city in a number of ways. I just want to see what the city council can do to improve it. Not only for the people that are panhandling but for everyone else as well,” he said.

Francis says council has spent tens of millions of dollars to address housing and homelessness in the city during his tenure on council, noting help and resources are available to people in need. But he argues letting panhandling persist is not the solution.

“Just to ignore it, and just say this is this is just how the world is now, I don’t think that helps anyone,” Francis said.

“They’re already down to the lowest they can get. To take that away from them, you’re going to see more of a crime rate going up,” said Sterling, who was once homeless and panhandled to buy food and household essentials .

“Honestly, it’s kind of embarrassing. But at the same time, I know if I didn’t do it I wouldn’t have been able to get something to eat during the day or even enough money to pay for a room for the night,” she said.

“I was homeless for almost a year and I needed that $5 or a little bit of change to get a burger or something to eat,” said Hurst, who is no longer homeless but still seeks help from shelters like Street Help for food.

The 53-year-old says at the time, panhandling was the only way to get by, but “I didn’t want to do it,” she said.

Francis wants administration to look at how other jurisdictions address panhandling and report back to council with possible solutions.

He hopes community members weigh in as well.

“I really don’t think turning a blind eye helps anyone those living on the streets or those panhandling. Clearly they need help, and we should provide them the help they need.