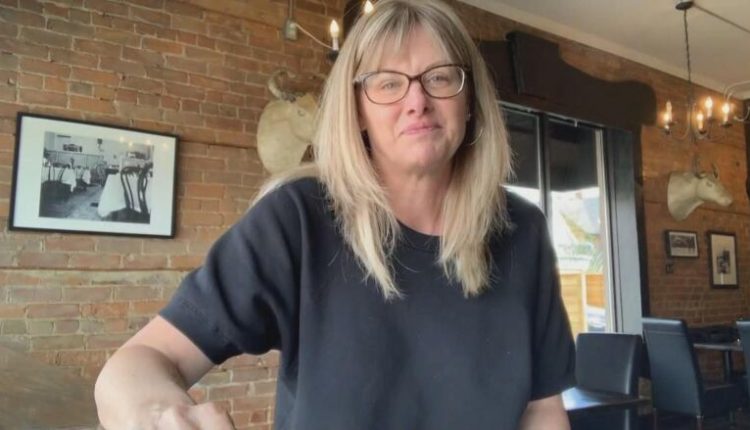 Windsor-Essex businesses fed up with latest shutdown, want all industries to be treated equally

Some businesses in Windsor-Essex are fed up with the seemingly endless cycle of reopening and closing, feeling as though they have taken on the brunt of the pandemic for too long.

As of Saturday, Ontario Premier Doug Ford closed personal care services like salons and restricted restaurants to takeout or delivery in order to lower the spread of COVID-19 during the province’s third wave. Meanwhile, retailers are allowed to stay open with capacity limits.

But business owners in Windsor-Essex told CBC News that they are fed up with the constant changing rules.

Twisted Apron owner Kate Robinson said shutting down a portion of the economy doesn’t make sense, especially when owners have abided by all the latest safety guidelines to make sure they stay COVID-free.

“I feel we are definitely being unfairly punished,” said Robinson, whose restaurant is located in Windsor. “Restaurants, gyms and salons continue to bear the weight of these lockdowns.”

“You can’t put all the weight of this on these three industries, you have to figure out a different way.”

She said she would like to see the data that shows it makes sense to have these businesses closed, while keeping schools, malls and other retailers open.

“I want to know that these decisions are based on science and no one will talk about that,” she said.

This latest shutdown from the government comes as variants of concern rapidly spread throughout the province, outpacing the current vaccination campaign. Some regions are even calling for a stay-at-home order and closure of schools in light of the latest COVID-19 modeling that predicts a high case rate and ICU admissions.

Despite this, a local restaurant in Leamington, Family Kitchen, decided to defy the new orders and opened their doors to diners Tuesday. People were eating inside and others, who expressed anti-lockdown views, gathered outside to show their support.

A large number of people who gathered outside the restaurant were from the Alymer based Church of God and members from the Leamington Church of God. The churches have publicly expressed anti-lockdown views.

The restaurant owners did not want to speak with CBC News. 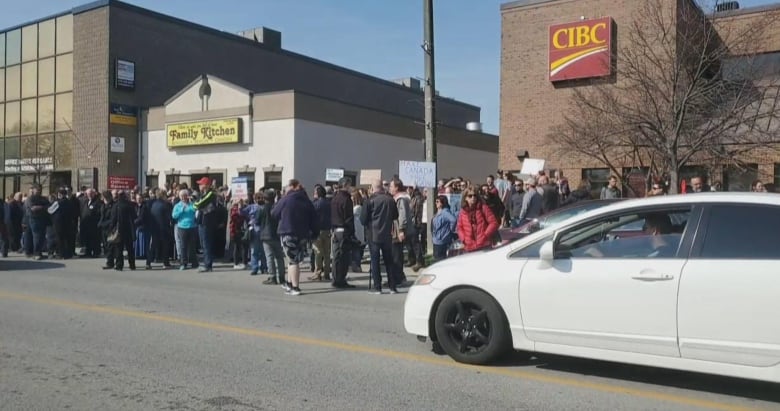 The Ontario Provincial Police were not present, even though the size of the crowd violated the latest shutdown rules by the province and so did the indoor dining at the restaurant.

But in a statement to CBC, the OPP said they were monitoring the situation and that it’s legal to have a peaceful protest, so they weren’t going to break it up.

Others express frustration at closing up shop yet again 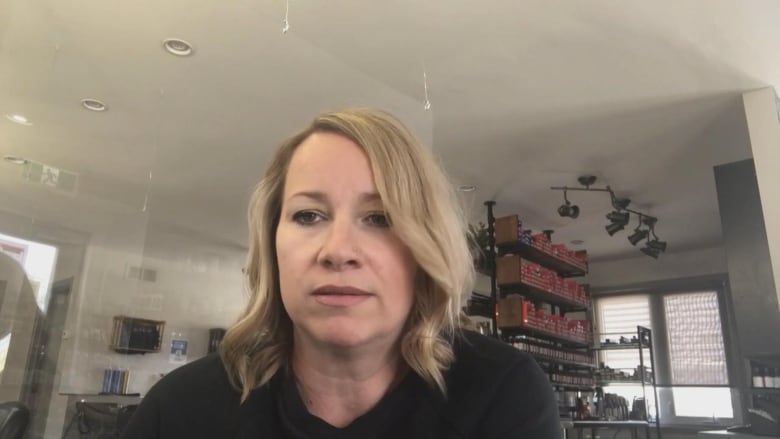 Hair Salon owner in Kingsville Jodie Scherer says it’s been an emotional rollercoaster and she’s tired of opening up only to close down. (Katerina Georgieva/CBC)

“Either all or none, except the essential stuff,” he said. “I am closed … but I don’t want to be, but it’s not fair.”

Meanwhile in Kingsville, Tangles Hair Spa Inc. co-owner Jodie Scherer said she was hoping salons and personal services would be allowed to stay open but at limited capacity, so it was a “huge disappointment” when the news came out.

“It hurts,” she told CBC News Tuesday. “It definitely feels like it’s targeted. I think it would help if we had some kind of reasoning behind it, [but] there really is no reason to shut down personal services.”

She says the constant opening, closing and new restrictions have been stressful, as well as the financial hit she’s taken.

“It’s hard to keep fighting a losing battle,” she said. “We’ve done everything that they’ve asked of us so emotionally for sure, it’s exhausting.”

The Holiday Rush Begins: Updates on What Local Food Shelves Have and Need | News