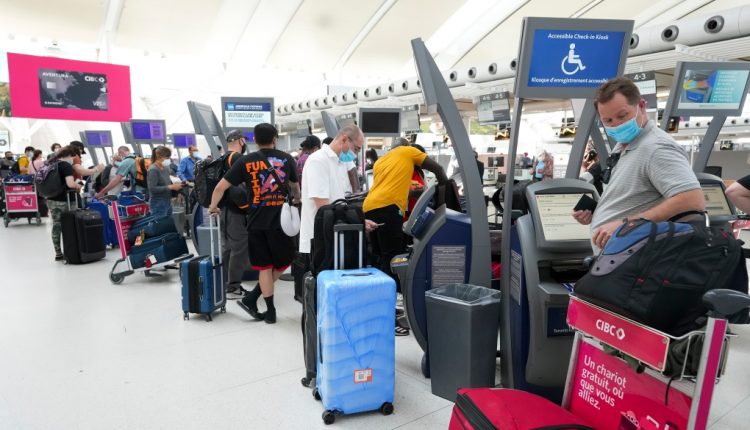 Jason Brown thought he was making his life easier by flying direct from Toronto to Victoria, BC

“I just trusted that flying out of a major hub would have been a lot easier,” he told CTV News Windsor.

The Kingsville family was scheduled to fly out of Toronto’s Pearson International Airport a week ago Thursday, but their plans were derailed.

The Brown’s ended their trip after three days of delays, long lines, cancellations, hotels, meals and transportation, all on their dime.

Interestingly, had they rode out the original plan the Brown’s would have landed in Victoria Thursday, just in time to catch their scheduled flight home.

“I probably wouldn’t have had time to get t-shirt at Victoria airport,” he said.

Since the Brown’s didn’t get a chance to start their trip, they avoided another common travel nightmare — lost luggage.

“I have a lot of friends that are traveling but they are going with a backpack rather than any check baggage because they are losing everything,” said Kat Dupre, who is back home in Windsor visiting.

She makes it a point to direct and avoid big hub airports, and told CTV News Windsor, “I definitely don’t want to go anywhere near Toronto airport. That’s for sure ’cause I hear that’s an absolute mess.”

“When you fly through the hubs there’s a lot more volume and it’s a lot more to deal with,” said Mark Galvin, CEO of YQG Inc. “People want to travel. The demand is there. We’re having a lot of people coming through the airport.”

He said the industry is trying hard to improve the travel experience and minimize delays and cancellations.

A lot more people are looking to cover themselves in case something goes sideways.

He said travelers are asking more questions, such as is their luggage covered and do they have hotel stay extensions.

With labor issues gripping industries including airlines, travel agency owner Al Valente feels patience is critical as the sector flies towards a sense of normalcy.

“It’s gonna take time to get back to where we were,” said Valente.

For the industry to land on solid ground Brown is hoping people in his situation don’t get overlooked.

“My fingers are crossed. I’m hoping that with each email that I send I’ll eventually get a reply,” said Brown.