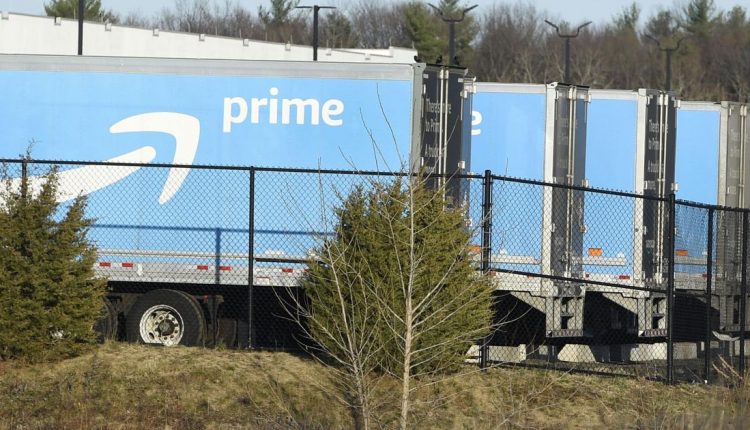 WINDSOR — The town’s grand list grew 3.24% over the previous year, spurred in part by construction at the Amazon fulfillment center on Kennedy Road and a staggering rise in motor vehicle assessments, town officials said.

Town Manager Peter Souza said this year’s overall increase is one of the town’s larger grand list increases for a non-revaluation year.

The increase provides some flexibility and it demonstrates that the town has seen strong economic development in terms of the real estate portion of the grand list, Souza said.

The grand list includes all net taxable motor vehicles, personal property, and real estate in Windsor as of Oct. 1, 2021. Souza said that it’s too early in the budget process to determine how the grand list increase would affect the tax rate, which is now 33.27 mills.

The personal property portion of the grand list totals $458.66 million, which is a decrease of $39.85 million, or 7.99%, from last year. The decrease stems from two factors: regular depreciation and companies removing aging or unnecessary equipment from their on-site operations in Windsor, the memo said.

Cigna Insurance had the largest drop in personal property value at about $15.49 million. Souza said Cigna had some equipment that fully depreciated in value, and “our assumption is that they no longer needed that equipment.”

The shift toward cloud computing also has reduced the on-site equipment for many companies in Windsor, affecting the bottom line of the grand list, Souza said. He called the overall depreciation of the personal property portion a “double-edged sword” because it constitutes such a large share of the grand list.

“It kind of busted all the old rules that my parents used to say where your car depreciates as soon as you drive it off the lot,” Souza said. “Now you have cars that are five years, six years, seven years old that are increasing in value.”

Windsor didn’t have any property assessments reduced because of defective concrete.

“We’re very fortunate we do not have that situation in Windsor,” Souza said.

Windsor’s list of top taxpayers varied slightly this year. Nine of the top 10 taxpayers are the same as on the 2020 grand list, although they are not in the same order.

Windsor’s next revaluation will take place in 2023. Souza said that the value of commercial property, specifically office buildings, would be of considerable interest during the revaluation because so many businesses have recalibrated work patterns due to the pandemic.

“We are keeping an eye on the potential that we’ll see decreased value in terms of the office component of the grand list, just because of the fact that there’s more vacancies and we hear companies may not be returning, may not be occupying the same amount of square footage, or they’re negotiating lower leases,” Souza said.

Efforts to redevelop Windsor Center are underway; the Town Council recently approved an application for the CT Communities Challenge grant, which would award millions of dollars in funding to help jump-start economic development downtown.

Souza said he doesn’t expect any downtown construction to be far enough along to affect next year’s grand list.