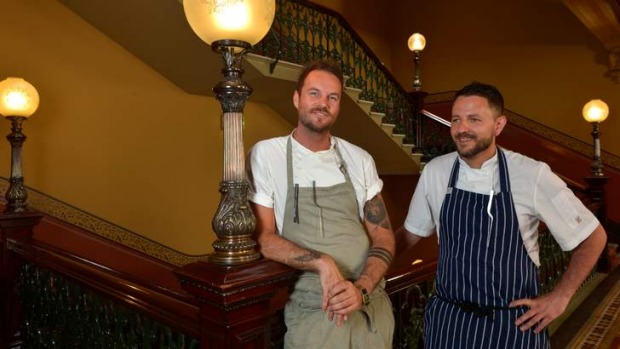 It’s out with the breakfast buffet and in with a la carte brekkies at the Hotel Windsor. Recently appointed executive chef Joel Alderson is determined to give the grand dame a gentle shake-up, so it can compete with other CBD restaurants.

Alderson, who earned his stripes in independently operated businesses such as now closed The Brix in Fitzroy, Ripponlea’s Attica and the Royal Mail in Dunkeld, has worked as a consultant to the hotel’s dining room, Wallis & Ed (now a function space) for the past 18 months and says he is growing into the role. ”It was a culture shock to start with, but now I look at each part of the hotel as a separate goal.”

Basque chef Benat Alonsowho has worked in international hotels, including at the Berkeley in London with Pierre Koffmanwill be head chef at the hotel’s 111 Spring Street restaurant. ”It’s a natural collaboration,” says Alderson. He plans to slowly modernize the Windsor’s food offerings, but traditionalists can breathe easy – the Cricketer’s Bar will continue to serve ”classic English and Australian pub food” and there are no plans to mess with the Windsor’s renowned high tea. ”People love it the way it is.”