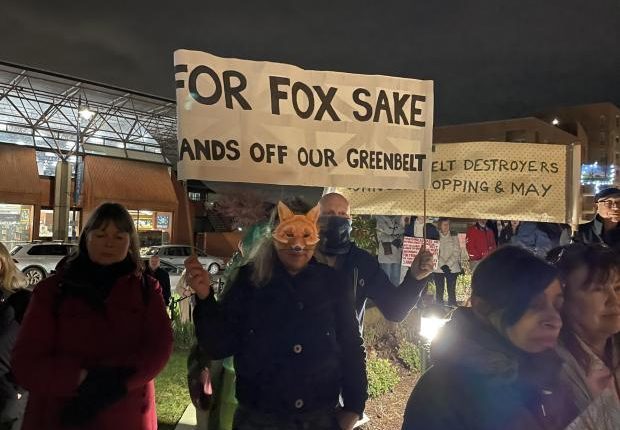 A LEGAL challenge against the controversial borough local plan (BLP) has been refused by a judge – but campaigners are determined not to give up.

Maidenhead Great Park has said they were “incredibly disappointed” their bid to launch a judicial review was thrown out due to their solicitor not serving a document in time.

The BLP was adopted by the ruling Conservatives in February. It earmarks multiple sites, including greenbelt land, for thousands of homes to meet the Royal Borough’s future population and economic growth until 2033.

Campaigners believe the plan will have a “damaging effect” on the local area and labeled it “environmental vandalism” given the climate crisis. They are particularly against the development of the 132-acre greenspace Maidenhead golf course, which is earmarked for over 2,000 homes.

The BLP has been through a rigorous examination and consultation period where an independent planning inspectorate found it to be “sound” and capable of adoption.

Campaigners were hoping to block the BLP from happening with a judicial review. The council said it was “confident” due process was followed in making the plan and it continues to have full weight in the planning process.

On the Maidenhead Great Park website, it states they do have the right to a renewal hearing, which will allow their arguments to be re-examined in open court. A date for the hearing is not yet known.

“We will continue to campaign for the protection of greenspace in our community, for the benefit of both people and wildlife,” the campaigners said in a statement.

A council spokesperson said: “Having a new, sound and adopted BLP puts the borough in a strong position to meet, in a sustainable way, all our local housing and employment needs, to capture investment and regeneration opportunities, guard against unsupported speculative development and protect our valued natural and built historic heritage.

“While a tiny fraction of green belt development is needed in sustainable locations, the BLP still protects 82 per cent of the borough as green belt and just one per cent has been released for new homes and employment.”