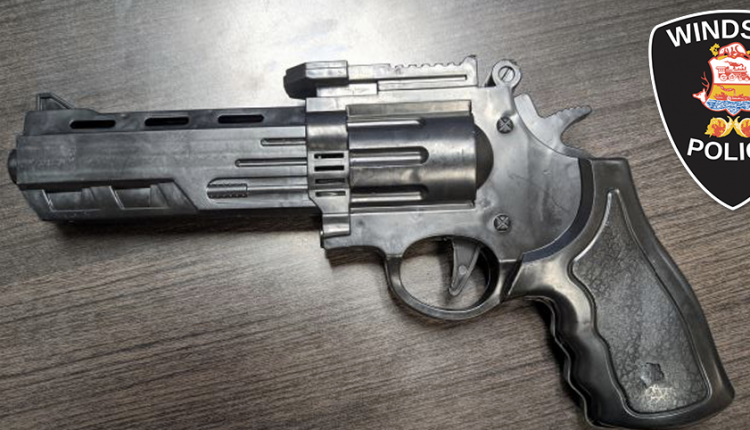 Charges have been laid after an imitation firearm was allegedly pointed at a Windsor police officer this past weekend.

Police say the incident happened in a parking lot in the 300 block of Tecumseh Road East near McDougall Avenue.

Authorities say a patrol officer entered the parking lot and observed a lone male waving what appeared to be a firearm around in the air. The male then pointed the suspected firearm in the direction of the officer who was inside the police vehicle.

Police say the officer attempted to make a gunpoint arrest, but say the suspect did not comply with the demands of the officer and attempted to flee the area on foot towards an area where bystanders were observed.

In a release, police say the officer quickly caught up to the fleeing suspect and took physical control of him. Other officers arrived on scene to assist with the arrest of the suspect who continued to struggle with officers.

Oliver Kabuki, a 52-year-old male from Windsor, is charged with:

Windsor Police add they are aware that videos of the incident are circulating on social media and encourage those who recorded the videos to come forward to police.