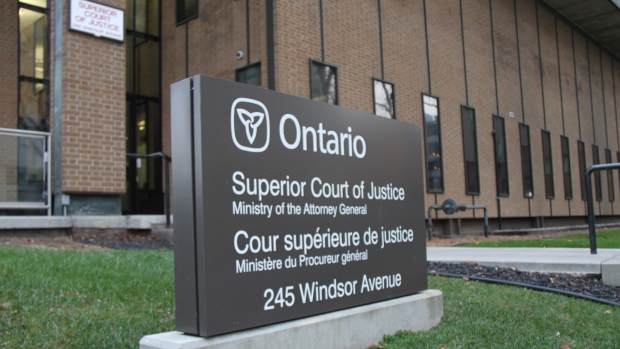 WINDSOR, ONT. — A Windsor father has pleaded guilty to assault and manslaughter for injuring his infant children.

A court-ordered publication ban prevents CTV News from reporting any facts in the case which could identify either of his infant children.

In June 2019 two children were injured in their home on Windsor’s west end.

One of the children, a boy, died of his injuries.

The other child survived.

The father was originally charged with assault and second degree murder, but plead guilty Friday to the lesser charge of manslaughter and assault in a Windsor courtroom.

He admitted to striking one child and shaking the other.

The child’s mother was also charged, but earlier this year pleaded guilty to obstruction of justice.

In the Agreed Statement of Facts, read into court by assistant crown attorney Elizabeth Brown, the father was in a bedroom alone with the children while the mother was in the kitchen.

Court heard the father brought one of the children to the mother, because the infant’s eyes were rolling into the back of his head.

On the way to the hospital, the couple took a cab and argued in the backseat.

Court heard police collected the audio and video surveillance of their exchange, during which the mother accused the father of hitting the children.

Court heard the mother ask “how many times you hit?” to which the father responded “I was laying down and he kept crying.”

Doctors testified at the preliminary hearing the boy suffered “catastrophic and life-threatening injuries” to his brain while the other child was bruised on the left side of his face.

The boy was taken off life support in hospital less than a month after the assault.

The father remains out of custody on bail and will be back in court on March 12th for a sentencing hearing.