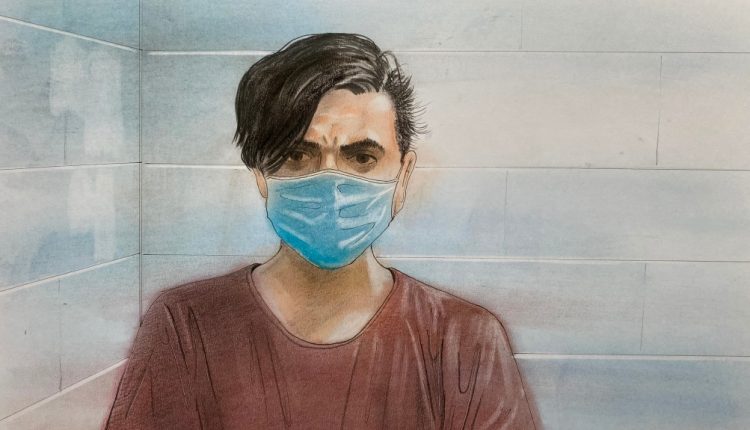 Seth Bertrand, 19, pleaded guilty Wednesday to five charges, including “inciting hatred” and mischief for his actions against the home of a same sex couple and the Windsor office of Trans Wellness Ontario.

“He’s been open to taking responsibility for this from a very early stage,” defense lawyer Bobby Russon told CTV News in an interview Thursday.

“He knows he’s done something terrible, you know, and he hasn’t even asked for forgiveness because I think in his view, he doesn’t think he’s earned it,” said Russon.

Bertrand pleaded guilty to one count of inciting hatred for vandalizing a home of a couple on Tuscarora Avenue in May 2021.

He also pleaded guilty to three counts of mischief for vandalizing the office of Trans Wellness Ontario, an agency dedicated to supporting “..Transgender, Genderqueer, Two-Spirit, Non-Binary, Queer and Questioning communities and their families,” their website reads .

When asked for a comment Thursday, a spokesperson told CTV News “Trans Wellness Ontario has been instructed by management not to provide a comment on the case.”

Bertrand also pleaded guilty to breach of a court order, for possession of a BB gun.

Bertrand took responsibility for his actions when speaking directly to the judge during Wednesdays’ virtual hearing, according to Russon.

“He can’t leave his house but for a very narrow list of exceptions and he will be subject to electronic monitoring. So if he breaches it everyone will know very quickly,” Russon stated.

Bertrand also faces a five-year ban on owning weapons, although Russon believes it might as well be a lifetime ban.

“With with a (criminal) record like this, he’s never going to be approved to possess a weapon in any event,” Russon stated.

Russon is hopeful the pleas will help the victims involved move on and he says his client now understands the broad impact of his actions and words.

“Anyone who’s a member of LGBTQ plus is affected by this, you know, it’s, it’s something they’ve been dealing with, for the entirety of human existence,” said Russon. “It’s a tragic reminder that hatred like that still exists.”

Bertrand is still facing a single charge of terrorism, laid in May of this year.

“It relates to a similar period of time, but extends beyond. So there is some overlap between the two. But the legal argument is going to be credibly different on that matter than it is on this one,” Russon told CTV.

At the next court appearance in August, Russon intends to enter a plea of ​​not guilty on Bertrand’s behalf, and go to trial on the terrorism charge with a judge alone.

Russon expects however it could take a year or more for the terrorism charge to go to trial because of the “tens of thousands of pieces” of discovery documents, including cellphone messages.

“I think we accepted responsibility yesterday that it’s a hate crime. It’s our firm position, that he’s not a terrorist, and that what he did does not constitute terrorism.”

Municipal election kicks off with hotly contested races in Windsor