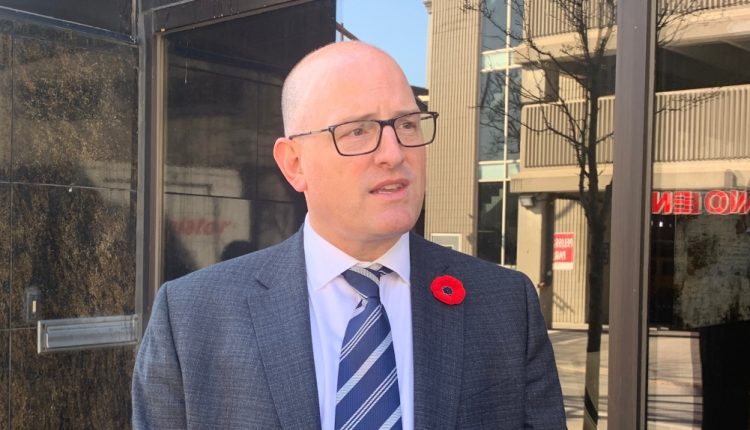 Windsor Mayor Drew Dilkens was the subject of an alleged assassination threat made by a voter at the polls on Election Day.

“We woke up and the police were at my house,” Dilkens confirmed to CTV News Tuesday about the events that transpired a week earlier. “And so my wife said, ‘why are the police here?’ And I said, ‘I don’t know. But let me find out.’”

The alleged threat took place at a polling station where an individual went to vote and allegedly mentioned to election staff that if Dilkens won the election, he would assassinate the mayor, according to Dilkens. He said he was briefed of the situation Tuesday, Oct. 25, but wasn’t aware of the threat on Election Day.

The elections worker quickly alerted authorities of the alleged verbal threat, and since the suspect had recently voted, which was quickly tracked down by police, said Dilkens.

The individual who has not been named, was later arrested, charged and has been released on bail with conditions and will appear in court at a future date.

Police will not confirm details of their own investigation or comment further, noting as a rule, the Windsor Police Service doesn’t disclose the names of victims involved in any incident.

“This is not normal behavior and we should never just say, ‘well, it’s it happens a lot and whatever, everyone will move on.’ We cannot normalize this type of behavior,” said Dilkens.

“I take my own safety very, very seriously. I take the safety of my family even more seriously,” said the mayor, noting it’s not his first threat he’s received during his 16 years of elected office.

“The mayor and any politician is subject to scrutiny, subject to criticism. Every politician should have thick skin if they hope to do the job well,” said Dilkens. “But saying you’re going to assassinate a politician that really goes over and above what is the acceptable norm.”

Dilkens said he trusts the judicial system and police, saying there may be times when he has an obvious police presence.

The accused individual has also been “trespassed” from city hall, which means they are not allowed to enter the building, the mayor confirmed.

“I know who the person is. I’ve seen a picture of the person so I have the ability to identify that person if they get near me,” said Dilkens. “And all of our city staff who would be involved in corporate security are also aware of this person.”

Dilkens said he will continue to deliver on his third mandate as mayor and hopes the tenor and temperature of interactions with elected officials of all stripes and at all levels of government cools off.

“I get up every morning and I come to work to do the best job that I can,” he said. “And to the extent that we have political disagreements on the approach or the path forward or what we’re going to accomplish over the next four years, we can have those discussions sensibly without resorting to violence.”