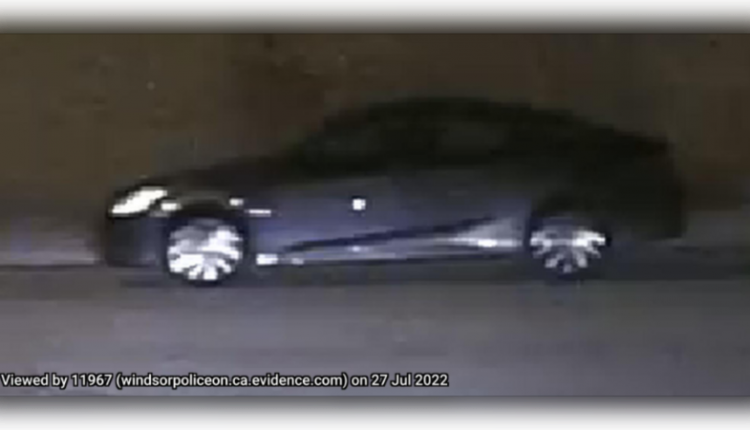 Windsor police are asking for the public’s help locating a suspect wanted in connection to a sexual assault investigation.

Police say it was reported that a teen girl was walking north on Bridge Avenue Tuesday around 10:15 pm when she was approached by a vehicle.

Police say she then entered the vehicle, which has been described as a silver or gray four-door sedan.

The suspect vehicle parked around 10:20 pm in a parking lot at the corner of Rankin Ave. and University Ave. W

Police say the vehicle drove off around 10:30 pm traveling south on Bridge Ave. toward Wyandotte St.

The man is described as Arabic, 20-30 years old, with straight black hair slicked back (medium length at the front and long in the back) with a thin beard, 5’5” to 5’6” tall and spoke with an Arabic accent.

The car is possibly a 2015-2020 Honda Civic sedan, silver or gray in color with a moonroof.

Police are asking anyone in the area of ​​Bridge Avenue, University Avenue West, Wyandotte Street West, and Randolph Avenue with surveillance cameras to check their footage for possible evidence.

Anyone driving in these areas around the time of the incident is also asked to check their dashcam footage.