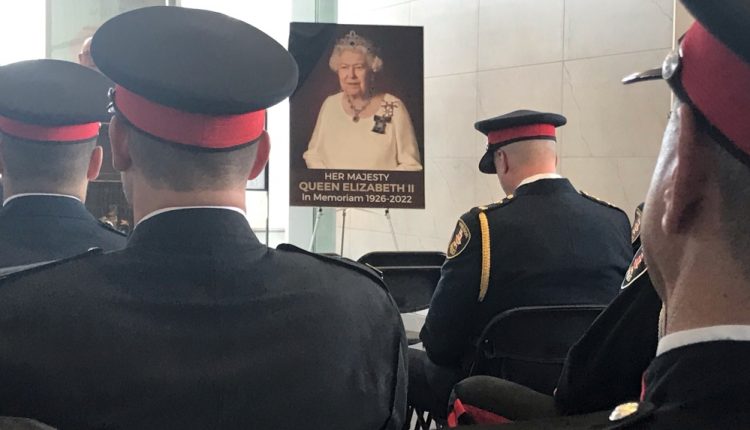 The Windsor Police Service Honor Guard was recognized Thursday for their dedication to Queen Elizabeth II.

The city made a book of condolences available for residents to sign the week after the Queen died.

The whole time it was there members of the honor guard stood on guard.

Their efforts were thanked by the city as each member got a special pin.

The officers all volunteer their time to be a part of the honor guard.

Parade Sergeant Major Patrick Wilson said it was something they were proud to do.

“Just that honor that she deserved. So standing there on guard, you know, almost like they do in Britain where no one’s moving or looking around. I think it looked good and made the community feel better about going in and signing in the book and everything like that,” said Wilson.