John Haldeman is a software developer who works in information security and makes maps that illustrate data. His latest project is a map that shows the quickest walks to Windsor’s food banks.

With so many people out of work due to the ongoing COVID-19 pandemic and Transit Windsor service suspended for the same reason, Haldeman was worried that those most in need of a food bank would have trouble getting to one.

“I thought it would be good to know, in terms of walking distance, how far the food banks are,” he said.

John Haldeman’s map shows that people who live in low-income areas have short walks to food banks. Some have less than a 10 minute walk. (Submitted by John Haldeman)

So he cross-referenced the location of food banks against low-income areas in the city and found that people in those low-income neighborhoods often had the shortest walks to food banks.

“Lower median income earners do have a Windsor Food Bank Association food bank location in their area,” said Haldeman. “It is open during the COVID- 19 crisis, but that the addition of the Windsor West food hub was sorely needed to make sure that happens.”

One of the food banks is located at the Downtown Mission on Victoria Avenue, which is close to low-income neighborhoods. The mission has also set up a food delivery service. 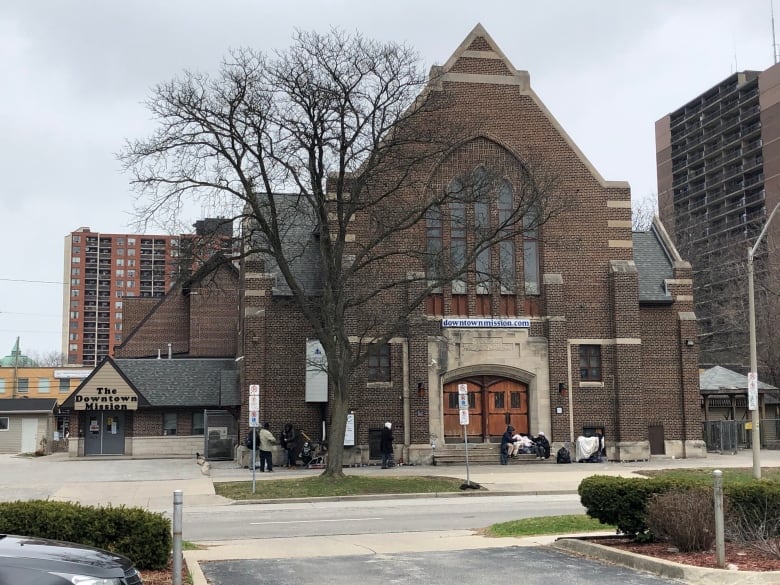 The Downtown Mission on Victoria Avenue offers food delivery as many people are “high-risk” to the virus and unable to leave their homes. (Dale Molnar/CBC)

Executive director Ron Dunn told CBC News that some people might not be able to come out of their homes because they are in high-risk groups, so they need the food brought to them.

“And so we’ve got food to give away, maybe not exactly what everybody needs at that time, but we’re still picking up from our usual sources,” said Dunn. “Silversteins and some county growers have been really great to us.”

Dunn said several volunteers who usually come to the mission to help out are also staying home.

Transit Windsor isn’t expecting to resume until at least May 1.